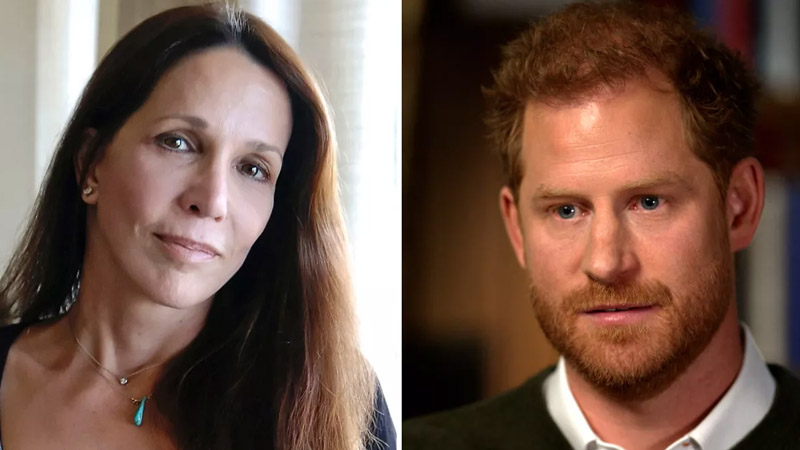 Patti Davis, the late President Ronald Reagan’s youngest daughter, gave Prince Harry some good but unsolicited advice ahead of the publishing of his biography, “Spare,” as per Daily Mail reported. Davis, 70, warned the Duke of Sussex to be cautious with his candor in an op-ed for the New York Times.

“My justification in writing a book I now wish I hadn’t written… was very similar to what I understand to be Harry’s reasoning. I wanted to tell the truth, I wanted to set the record straight. Naïvely, I thought if I put my own feelings and my own truth out there for the world to read, my family might also come to understand me better,” she wrote.

“Family Secrets,” Davis’ book on the Reagan family, was released in 1993.

“During the early stages of my father’s Alzheimer’s, when he still had lucid moments, I apologized to him for writing an autobiography many years earlier in which I flung open the gates of our troubled family life,” Davis admitted. “He was already talking less at that point, but his eyes told me he understood.”

Davis recognized parallels between her decision and that of the estranged Prince Harry.

“I thought of that moment when I read that Prince Harry, in his new memoir, wrote about his father, King Charles, getting between his battling sons and saying, ‘Please, boys, don’t make my final years a misery.’ Time is an unpredictable thing…I had the gift of time with my father, which allowed me to apologize, even though a disease hovered between us and clouded our communication. King Charles’s words reveal a man who is aware of his mortality and who would like his offspring to be aware of it as well.”

Davis emphasized how there are various versions of the truth, and as storylines from Prince Harry’s book have been revealed ahead of its Jan. 10 release date, she feels the monarch and Prince William are also entitled to their own interpretation.

“People generally don’t respond well to being embarrassed and exposed in public. And in the ensuing years, I’ve learned something about the truth: It’s way more complicated than it seems when we’re young. There isn’t just one truth, our truth — the other people who inhabit our story have their truths as well,” she wrote.

A part of Harry’s book detailing a violent conflict with William was just made public.

“Prince William has, I’m sure, his own take on the physical fight that Harry has described,” Davis offered. “To really understand the dynamic between the brothers, to broaden the story and make it more complete, William’s truth has to be considered as well. Harry has written that, after William hit him, William told Harry to hit him back, which he declined to do. But by writing about the fight, he’s done exactly that.”

Davis now feels she should not have revealed her family’s deepest secrets.

“Years ago, someone asked me what I would say to my younger self if I could. Without hesitating, I answered: ‘That’s easy. I’d have said, “Be quiet.”’ Not forever. But until I could stand back and look at things through a wider lens. Until I understood that words have consequences, and they last a really long time. Harry has called William not only his ‘beloved brother’ but his ‘arch nemesis.’ He chose words that cut deep, that leaves a scar; perhaps if he had taken time to be quiet, to reflect on the enduring power of his words, he’d have chosen differently.”

“Silence gives you room, it gives you distance, and it lets you look at your experiences more completely, without the temptation to even the score. Sometime in the years ahead, Harry may look back as I did and wish he could unspeak what he has said. I’ve learned something else about the truth: Not every truth has to be told to the entire world.

People are always going to be curious about famous families, and often the stories from those families can resonate with others, give them insight into their own situations, and even transcend time since fame flutters at the edges of eternity. But not everything needs to be shared, a truth that silence can teach. Harry seems to have operated on the dictum that ‘Silence is not an option.’ I would, respectfully, suggest to him that it is,” she concluded.

Meghan Markle’s efforts to ‘distance’ herself from the fallout in Hollywood: Prince Harry’s ‘Spare’