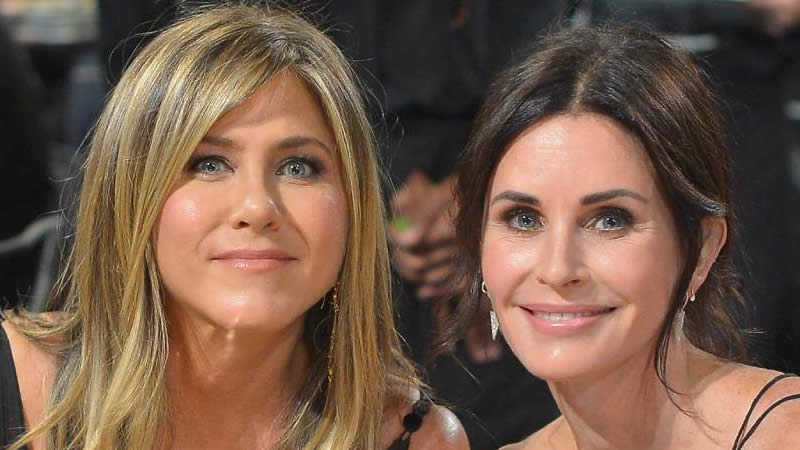 Aniston revealed to her co-star Lisa Kudrow that she and Courteney watched Friends bloopers together in June 2020.

Jennifer Aniston and Courteney Cox are best friends forever and they have proved it time and again. From starring in Friends together to being each other’s bridesmaids at their weddings, they have been there for each other for ups and downs. Today, we bring you a throwback story, when Aniston revealed that she and Cox did something cute together and we wish we could be a part of it too!

It was Variety’s Actors on Actors issue in June 2020 when Aniston revealed to her co-star Lisa Kudrow that she and Courteney watched Friends bloopers together.

Jennifer Aniston told Lisa, “I love stumbling on a Friends episode.” Adding further, the actress added, “This one time I was with Courteney, and we were trying to find something to reference, an old Friends thing.”

Jennifer Aniston further added, “And then we stumbled on — there’s bloopers online — and we sat there at the computer like two nerds watching these bloopers laughing at ourselves.”

A while ago, HBO Max released the Reunion episode and fans went gaga all across the globe. The episode got four Emmy nominations this year. It has been nominated in the Outstanding Pre-recorded Variety Special Episode category, along with Directing, Production Design, and Lightning.

For those of you who don’t know, this was the first Emmy nomination of Courteney Cox’s acting career. Expressing gratitude on Instagram, she wrote, “The one where we are incredibly grateful to the Academy for this honor and especially thankful for Ben Winston and his entire team for their outstanding achievement.”

What are your thoughts on Jennifer Aniston and Cox watching Friends bloopers together? Tell us in the comments below.