With so much on her credit at such an early age, Natalie Portman is one such diva that has become a role model for many young girls who are just about to start their careers.

Born in Israel and raised in New York, Portman started her career at an early age of 12 and made her mark through her brilliant performances. She has not only won the hearts of the masses around the world but has made her success officially recognized by winning a number of awards including an Oscar.

Natalie Portman has excelled not only onscreen but in real life as well. She has done her bachelors in psychology from the prestigious Harvard University for which she gave a break to her acting career as well.

Let’s have a brief look at the life of Natalie Portman.

She was born on June 9, 1981 in Jerusalem to an Israeli father and an American mother. She moved with her family to New York when she was three and got settled there. She now lives in Long Island, New York.

Natalie Portman has done her high school in New York. She then went to Harvard University to study an A. B. degree in psychology and did well at the university.
She was the research assistant of Alan Dershowitz at Harvard.
She was residing at Lowell House while at Harvard.
Portman also took graduate courses at the Hebrew University of Jerusalem in spring 2004.
She was also a guest lecturer at a course on terrorism and counterterrorism at the Columbia University.
Portman has also co-authored two research papers that were published in scientific journals.

Natalie Portman was spotted by a photographer in a pizza shop at the age of 11. She turned down the offer of modeling to pursue her career in acting. She knew what she wanted, so she started her career as an actor in 1994 with the film Leon; the professional. From thereon, she got the roles in the films like Heat (1995), Beautiful Girls (1996) and Mars Attacks (1996). Portman became world famous with her role in the film Star Wars: Episode I – The Phantom Menace (1999). Natalie Portman then took the movies that made her more acclaimed like Anywhere but here (1999), Where the heart is (2000) and Closer (2004); for which she received her first Oscar nomination.

Natalie Portman is often referred to as “the new Audrey Hepburn”.
She is famous for the selection of her roles. She always goes for the ones that are more mature, different and smart.
She turned down many good offers in order to complete her education. She told the New York Post “I don’t care if college ruins my career, I’d rather be smart than a movie star.”

Some of hee achievements are:

She married the choreographer of Black Swan Benjamin Millepied in 2012, whom she met in 2009 during the making of the said movie. She gave birth to their first child in 2011, a son named Aleph Portman-Millepied. 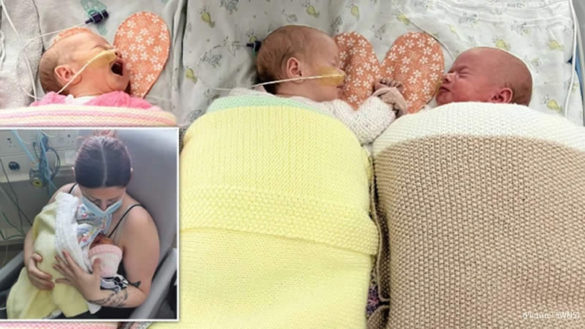 Marketing and Sales Careers for Women

Take Care of your Eyes During Summer