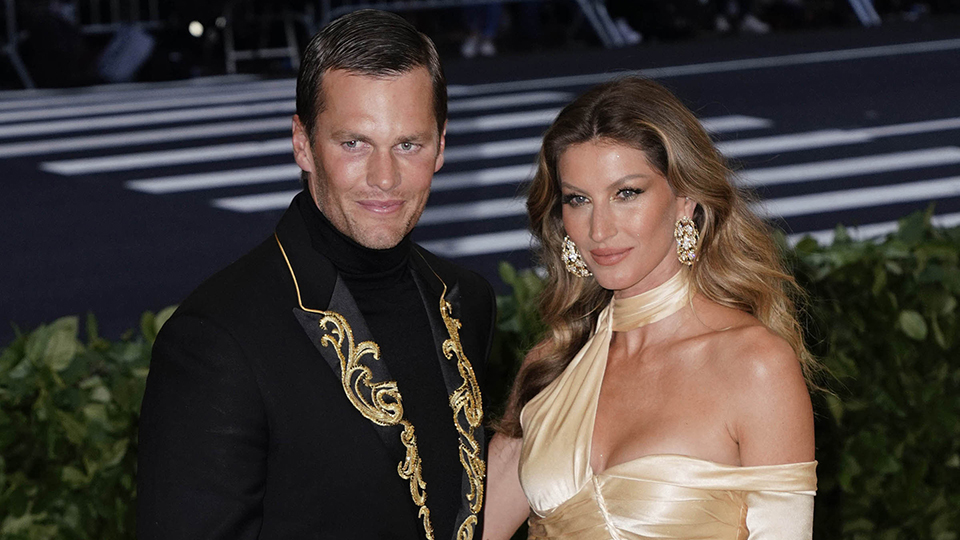 This week, Tom Brady was seen out and about without his wedding ring. Brady, 45, was photographed leaving his hotel in Pennsylvania ahead of the Tampa Bay Buccaneers game Sunday night, according to Page Six.

The quarterback was pictured wearing a white T-shirt under a light blue button-down, which he paired with dark blue pants and white sneakers.

In his ringless left hand, the NFL star carried a camouflage duffel bag.

The sighting came two weeks after reports that Brady and his wife Gisele Bundchen both hired divorce lawyers, fueling speculation that the couple is getting divorced.

In recent weeks, the Brazilian supermodel has also been photographed without her wedding band.

Her ring was noticeably missing earlier this month when Bundchen went to the gym with her and Brady’s two children, Benjamin, 12, and Vivian, 9.

Bundchen also left her wedding ring at home the day before this outing, as she was seen leaving a South Beach, Florida, gym without it.

According to Page Six, Bundchen and Brady had a “epic” fight that caused her to leave their Florida home, and they have been living separately since. The conflict was allegedly caused by the athlete’s decision to return to the NFL, according to the outlet, but other reports stated that the couple had other issues in their marriage.

Brady announced his retirement from football after 22 years on February 1. Six weeks later, he changed his mind and said he would play at least one more season because he felt he still belonged on the field.

Bundchen did not deny that she wanted her husband to be more present for their family in an interview with Elle magazine for its October issue. The model also discussed her desire to pursue her personal goals after years of putting her career on hold to support Brady’s.

“I’ve done my part, which is [to] be there for [Tom],” Bundchen told the magazine. “I moved to Boston, and I focused on creating a cocoon and a loving environment for my children to grow up in and to be there supporting him and his dreams.”

She added, “I have a huge list of things that I have to do, that I want to do. At 42, I feel more connected with my purpose.”