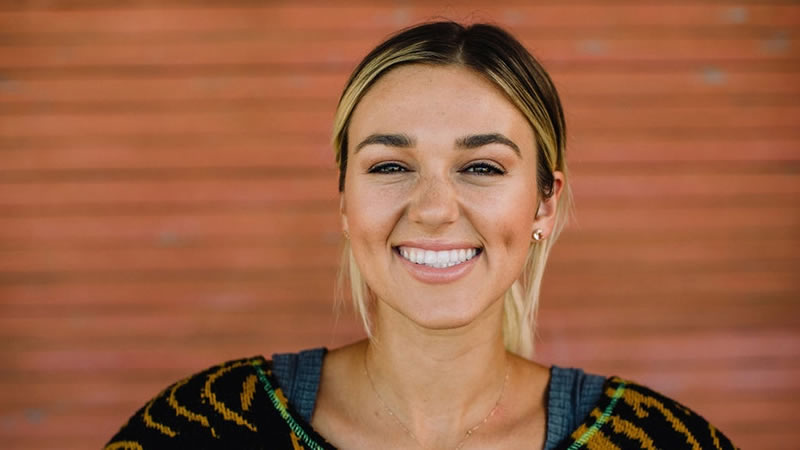 Two months after the arrival of her firstborn, Sadie Robertson is recounting her harrowing experience giving birth to her daughter, Honey James. The 24-year old Duck Dynasty star opened up about the “chaotic” birth on her podcast, WHOA That’s Good.

“So I go to push and everything gets crazy,” Robertson recalled.

“All of a sudden, I was pushed down on the bed and they pushed my mum out of the way, and every nurse in the room was just over me and they’re pulling my legs and pushing my stomach as hard as they could and honestly I didn’t know what happened.

“I thought they … cut me open … because of how painful it was when they pressed on my stomach. I now know they were pressing my pelvic bone to get her out because what happened was Honey got stuck.”

Next, Robertson elaborated that Honey’s shoulder got stuck in the birth canal and prevented her from coming out.

“So her shoulder actually got stuck, which is really, really rare,” she added. “Since then, we found out that only happens in about 1 percent of births, and it’s what our nurse said that is the scariest thing that can happen in a vaginal delivery …

“Time just stood still … The shoulder was clamping the umbilical cord, causing her not to get air.”

Robertson said her doctor frantically tried to break Honey’s shoulder to get her out.

“Every second count and they couldn’t get her out for two minutes and 10 seconds,” she said.

“So, this really was very scary and really dangerous. Thankfully, I didn’t know what was going on. I knew something was wrong because of the pain and the doctor had just told me, ‘Next push, she’s here!’ So what normally takes three to five seconds took two minutes and 10 seconds. Then her knee got stuck after they got her shoulder out.”

After Honey finally did emerge, the family’s ordeal wasn’t over. Honey wasn’t breathing.

“Her face was purple and her body was white,” Robertson recalled. “It was very scary.”

During her labor, Robertson had Christian music playing in the hospital room, and the song Million Little Miracles by Elevation Worship was on when Honey finally made it out.

This was the song Robertson and her husband had wanted to play during her arrival. The couple said it was a miraculous coincidence that it happened to be playing the exact moment she was born.

“And so, in the moment of them taking her from me to the table and trying to get her to breathe, I’m just listening to that,” she said.

“I got Million Little Miracles playing and then all of a sudden, we heard the prayer that we prayed, the lion from the tribe of Judah. The roar, if you will.

She literally just screamed, and it was just a miracle because the nurses said she really should not have been breathing on her own. They were about to take her to the NICU, and she just started breathing on her own — like, they gave her a little oxygen that they had there, and then she just did it on her own.”

Doctors and nurses also were amazed that despite trying to break Honey’s shoulder to get her out quickly, her shoulder was unharmed in the process.

“They had three doctors check her shoulder because they were in disbelief it didn’t break,” Robertson said.

Robertson noted that she and her husband, Christian Huff, picked the name Honey because Honey is both sweet and strong. She said Honey’s birth proves that her daughter is the latter.

“She was so strong.”

Tom Cruise & Kate Winslet Are Going On Secret Dates? Here’s What’s Up With These Two!