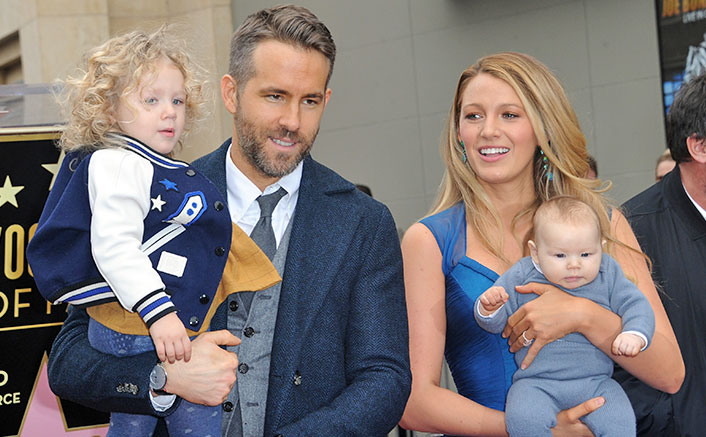 Ryan Reynolds is in the news these days for both personal professional reasons. While he continues to be in talks for his upcoming films Red Notice & Free Guy, recently the Deadpool star opened up about his three daughters with Blake Lively and being an ‘ultimate girl dad’.

Ryan Reynolds opened up about how he is very happy being a father of three daughters name James, Inez and Betty. He also said that he didn’t imagine that he will have three daughters.

In an interview with Access, Ryan said, “I love being a girl dad,” and added, “I have three daughters, which I never in a million years would imagine.”

“I come from all boys. I have three older brothers,” he added. “So for me to have three daughters has been such a ride and I love every second of it.” explained Ryan Reynolds.

When asked if his wife and daughters are superheroes in the family, Ryan Reynolds gave a beautiful answer and said, “No joke, they’re the most capable people I know,” he said. “ If anything got crazy or scary in my life, they’re the first people that I would lean on. They have wisdom and strength, they’re calm under fire, they have courage under fire — so yeah, to me (that) sounds like a true story.”

Meanwhile, the Home Alone director Chris Columbus recently said that Ryan Reynolds’ proposed reboot of the film titled Stone Alone is “an insult to the art of cinema.”

Home Alone featured Macaulay Culkin and made him an international celebrity as the movie was the highest-grossing live-action comedy of all time till 2011. In 2011, The Hangover II dethroned it.

Woman, 51, gives birth to own grandchild as surrogate after daughter’s IVF struggle