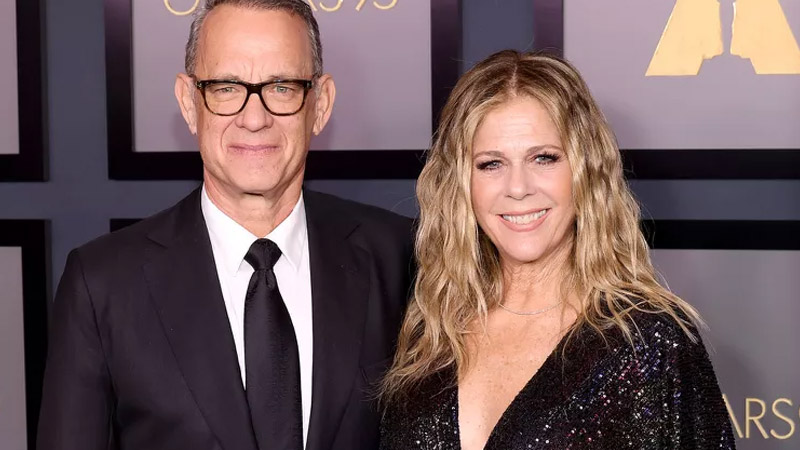 Rita Wilson discusses her experience as a working mother. Wilson recently spoke with People about balancing her career with that of her husband, Tom Hanks, while also raising her children. Wilson and Hanks have two sons, Chet and Truman, and he also has two older children, Colin and Elizabeth, with ex-wife Samantha Lewes.

“I slowed down my work because I wanted to be the mom who was there when they got home, drove the carpool, and did all of those things,” Wilson explained. “Because Tom worked a lot, we would travel with him. My children would have suffered if both of us were working and not at home. I wouldn’t call slowing down my career a sacrifice, I would call it a choice.”

Both her and Hanks’ careers were just getting started when they married in 1988, the same year his breakthrough role in the film “Big” was released. Wilson had just started her career in films such as “Sleepless in Seattle” and “That Thing You Do!” at the time.

After her son Chet was born in 1990, she decided to put her career on hold, taking on fewer roles as Hanks’ career flourished, to ensure there was always someone home with the kids. While it’s natural to think that his success would bother her, she claims that’s never been the case.

“Tom and I have always supported each other and what we do,” she said. “Back in the day, when I was doing press junkets, interviewers would say to me, ‘Gosh, it must be so difficult to be with someone so famous.’ ‘Why are they saying that?’ I’d think. Then I realized the question was really about them and how they would react in that situation rather than about me.”

Since the couple’s marriage, Hanks has become a hugely successful actor, but Wilson says she lives “in the freudenfreude,” which means “someone else’s success does not diminish my own.” She can be happy for her husband’s success while also recognizing her own.

Although her children are all grown up, Wilson confirms that a mother’s job never ends, stating that when “Marc Forster, the director of ‘A Man Called Otto,'” asked to meet with her son Truman, her maternal instincts kicked in, and she had to ignore them and let her son figure things out.

“I stayed out of that process because I didn’t want to have any influence,” she explained. “It’s a director’s decision, and I didn’t want to make my own son unhappy by asking, ‘Mom, why are you pressuring me to do this?’ So staying out of it was a choice, and I applaud him for it.”

While she initially thought he wouldn’t want to act in the film because he was going to study to be a cinematographer, Truman plays the younger version of his father’s character.

“Because I came into music later in life, I doubted myself because I knew there were people with more experience than me,” Wilson explained. “I asked Bruce, a family friend, at the time, ‘Bruce, what makes me think I can start writing now when you’ve been doing it all your life?’ ‘Because, Reets, creativity is time independent,’ he explained.”

Wilson’s most recent musical achievement is making the Oscars shortlist for her original song ‘Til You’re Home,’ which she sings as a duet with Columbian singer Sebastián Yatra for the “A Man Called Otto” soundtrack.

Wilson explained that “everyone wants to find a home or a place where they feel most themselves,” and that “home is where the family is, not where the house is.” She went on “I’ve always said this because our job takes us all over the place. My family is my base and safe place.”