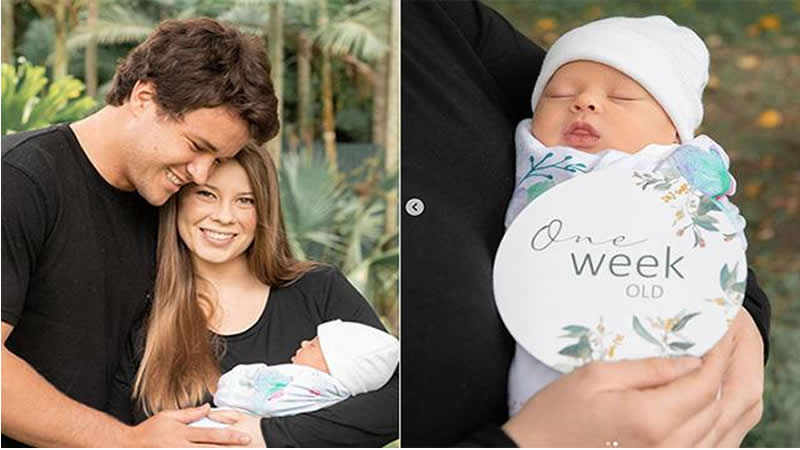 Bindi Irwin has recreated one of her iconic baby photos, with her own daughter.

On Saturday morning the 22-year-old shared a picture of herself cradling Baby Grace Warrior, followed by a second picture from the archives of her as a baby being held by mum, Terri.

Terri later responded: “You were the sweetest baby, Bindi, and now you’re the most wonderful mama to dear little Grace.”

Bindi gave birth to her “Baby Wildlife Warrior” on March 25 this year – the same day as Bindi and Chandler’s one-year wedding anniversary.

“Grace Warrior Irwin Powell. Our graceful warrior is the most beautiful light,” she wrote on Instagram at the time.

“Grace is named after my great-grandmother, and relatives in Chandler’s family dating back to the 1700s.”

Chandler proposed to Bindi on her 21st birthday before the couple tied the knot on March 25, 2020, just hours before the country banned weddings attended by more than five people.

Last August, the pair announced they were expecting their first child, writing: “Baby Wildlife Warrior due 2021”.

Queen Reportedly Ready To Expose All Of Prince Harry’s ‘Mistruths’