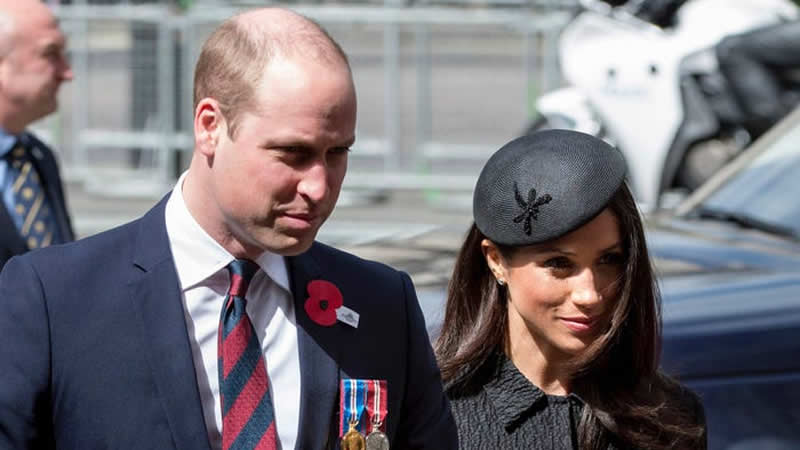 Meghan Markle’s fans have reportedly accused Prince William of failing to address allegations of racism in his own family after his supporting statement for black players.

The Duke of Cambridge, who is President of the Football Association, issued a stern statement on Twitter after black players Marcus Rashford, Jadon Sancho and Bukayo Saka were subjected to vile racist attacks on social media.

Read Also: Prince William called a hypocrite after condemning racism in the UK

Many royal fans welcomed his public statement, those fiercely loyal to the Duchess of Sussex have used the row to hark back to the racism storm which engulfed the Royal Family earlier this year.

While condemning the “sickening” abuse suffered by three England players following the Euro 2020 final, some said William had failed to adequately address claims made by the Duke and Duchess of Sussex that their son’s skin color had been an issue for an unnamed member of the Firm, who they said made racist comments about the baby before he was born.

Days after their allegations were aired, William said “we are very much not a racist family” when quizzed by a reporter.

But some fans clearly feel he should have gone further to publicly show solidarity with Meghan and Harry, a year after the pair stepped down from their senior royal roles.

William’s statement on Twitter read: “I am sickened by the racist abuse aimed at England players after last night’s match.

7 Secrets to Looking Attractive All the Time