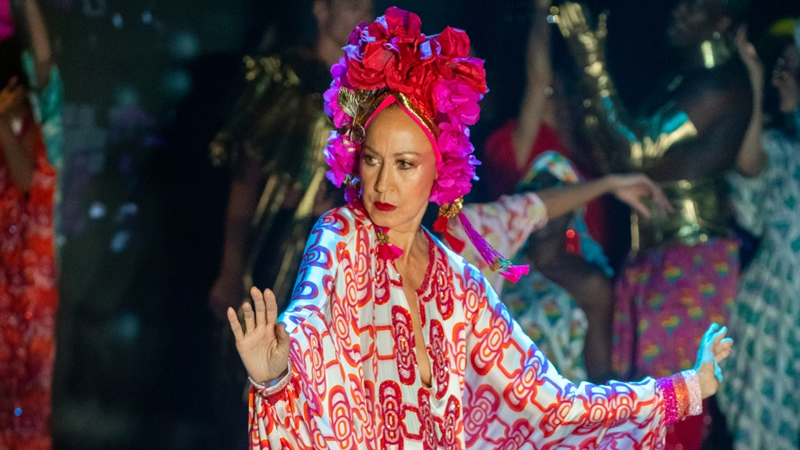 “Julia is a delight. It’s like a surprise I’ve been wanting to happen in my life because my Halston is gone and there were no more caftans coming my way,” said Cleveland, who was recently introduced to the designer by a mutual friend.

“This caftan is absolutely divine. She’s such a joyous person.… We love spiritual things and gardens; I appreciate she puts her time into how to make things gently. When she put this on me, it was like butter melting.”

While one would imagine Cleveland has a closet full of caftans, it’s not so.

“I just have a few from Halston that Joe Eula painted on, but they’re getting pretty old and they’re museum pieces.”

It’s also surprising in her 50-plus-year career she hasn’t ever done an L.A. show.

“I did something for ‘Love Boat,’ but that was television. It was really fun; Gloria Vanderbilt was there, Mackie was there, we had dinner with Lucille Ball and Carol Channing — she brought her own dinner to dinner,” Cleveland said. “We love television and Hollywood…but they tried to separate everything not like today. In those days, it was you can’t do runway and movies, now it’s a big wonderful freestyle.