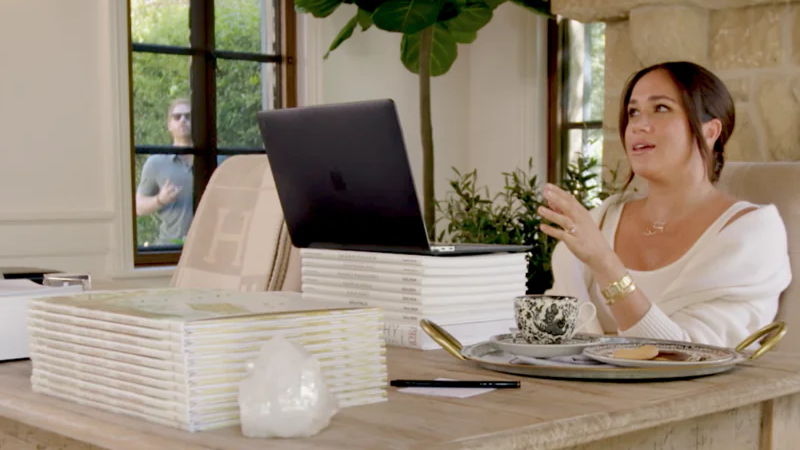 Royal fans got their first glimpse of Meghan Markle and Prince Harry’s baby girl in a special message released on the Duchess of Sussex’s 40th birthday.

The royal mom of two had photos of her children displayed on her desk while discussing her 40×40 initiative with Melissa McCarthy. Page Six confirmed that one of the framed images seen in the video is a black-and-white photo of Harry kissing his newborn daughter Lilibet Diana.

Read Also: This is What Royals Told Meghan Markle on Her 40th Birthday

According to Page Six, the tender father-daughter photo was flanked by a family snapshot as well as a picture of Meghan with her firstborn Archie Harrison. The Duchess also had a large solo photo of her two-year-old son framed behind the smaller black-and-white images.

The video marks the first time a picture of Lili has been seen. Meghan and Harry, who are no longer working members of the British royal family, have yet to officially release a photo of their two-month-old daughter.

The California-based couple welcomed their second child on June 4 in Santa Barbara. Meghan and Harry announced their daughter’s arrival two days later with a statement saying, “On June 4th, we were blessed with the arrival of our daughter, Lili.

She is more than we could have ever imagined, and we remain grateful for the love and prayers we’ve felt from across the globe. Thank you for your continued kindness and support during this very special time for our family.”

Harry has since admitted that having two kids “is definitely a juggle.” In June at a party in London to surprise the winners of this year’s WellChild Awards, the Duke of Sussex opened up about his little girl.

He told a guest, “We’ve been lucky so far, she’s very chilled and seems happy to just sit there while Archie is running around like crazy.” – us.hola