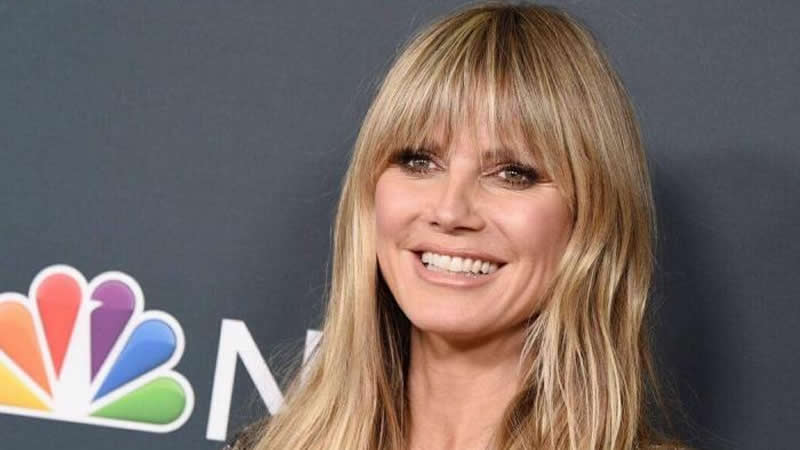 Heidi Klum is in a legal battle with her father over her daughter’s name.

The America’s Got Talent star and her father, Gunther, are at loggerheads over commercial deals for Heidi’s eldest daughter Leni, 17, who is a model.

However, 47-year-old Heidi has fired off a legal challenge to try and win the rights to Leni’s name herself.

Also Read: Heidi Klum & Sofia Vergara Stripped Down To Nothing On ‘America’s Got Talent’–How Did This Get Approved?!

German lawyer Stephan Ruben told Bild newspaper: “Should Gunther Klum violate the rights of third parties he will be threatened with an injunction which, if granted, will cost him €250,000 or six months of jail.

“So far there is no injunction but the lawyers threatened him with it. That’s why he sent a letter [posted on his Instagram] and wrote ‘you are even threatening me with jail time’.”

Gunther has also insisted he has always dealt with family trademark rights, and because Leni is named after his own mother, he believes the rights to her trademark should belong to him.

He told the Sunday Mirror newspaper: “I requested the trademark of Leni months ago. She has her name from my mother Leni. The rights to the trademark Leni Klum are with me.”

Heidi was previously managed by her father until they reportedly fell out in 2019 after she tied the knot with Tokio Hotel rocker Tom Kaulitz.

Meanwhile, Heidi’s ex-husband Seal – with whom she has Leni, as well as Henri, 15, Johan, 14, and Lou, 11 – recently said he wasn’t happy about his daughter following Heidi’s footsteps into modelling.

He said: “That’s a precarious road to take.”

But the Kiss From A Rose hitmaker admitted his kids aren’t interested in his own career.

He added: “We never really talk about my music at all.”