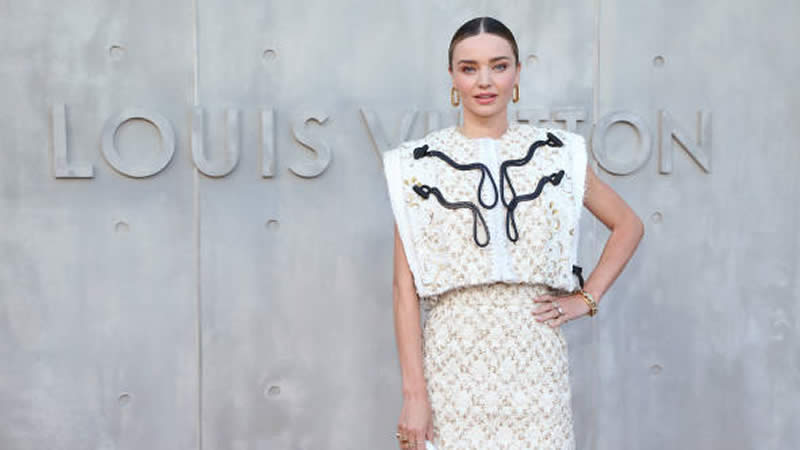 ‘I was going through quite a challenging stage.’

The billionaire Snapchat creator Evan Spiegel and the 39-year-old skincare entrepreneur and model are now happily married, although she acknowledges there was a depressing time when she believed romance was dead.

At a Louis Vuitton event in New York in 2014, she ran into Spiegel after being apart from Bloom for more than a year.

“Orlando and I had separated over a year (earlier),” Kerr told Vogue Australia.

“I was going through quite a challenging stage.

“I felt a little bit overwhelmed with what had happened.”

With a son named Flynn, Kerr and Bloom were a pair for six years, three of which were spent as a married couple.

Kerr, though, wasn’t quite ready to jump into a new relationship after they broke up.

“(Evan) was so patient with me,” she revealed.

“We established a nice friendship before we became boyfriend and girlfriend.

“I never even thought this kind of love was possible.”

Kerr said Spiegel, 32, was someone who was “continually working” on himself every day, “like I’m working on myself to be the best partner, the best mother, to constantly want to grow and evolve”.

“That is something both of us are really committed to,” she said.

It’s really incredible to have a partner who wants to grow with you in the same direction.”

When Kerr and Bloom split, they were committed to making sure Flynn was okay.

“From day one when Orlando and I decided to separate, I said, ‘Listen, whatever we do, we have to put Flynn’s needs first, not our own,” she said.

“That’s the way we make our decisions.

“Family is my number one priority.”

Bloom has now remarried, pop star Katy Perry, and they have a daughter, Daisy.

Spiegel and Kerr, who married in 2017, now have two sons together, Myles and Hart.

Kerr gets on well with Perry and is content with the current co-parenting arrangement with Flynn.

“Co-parenting with Orlando and Katy is something that I feel really happy about,” she told Vogue.

While Kerr and Spiegel are in Australia visiting their 87-hectare Hunter Valley home, Flynn, 11, is currently in Los Angeles with Bloom and Perry.

For Spiegel’s first trip to Australia, the couple first rented the house; they now own it.

By purchasing the property, they could spend the final few months of Kerr’s grandparents’ lives with them.

In February 2021, Kerr’s grandfather passed away from cancer, and her grandmother did the same 20 days later.

Since then, they have traveled and returned.

“This is the first time we’ve been back to Australia since my grandparents passed,” Kerr told Vogue.