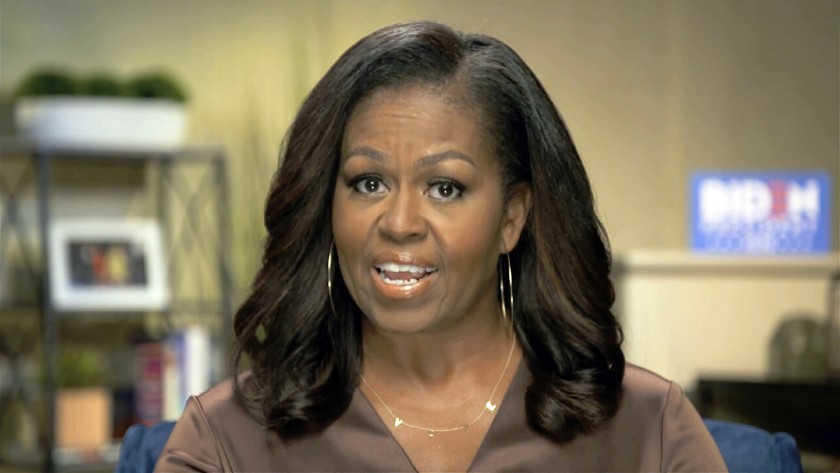 Over the weekend, forever FLOTUS Michelle Obama wrote an intimate Instagram post in which she opened up about her marriage alongside Barack. She is currently promoting her second book, “The Light We Carry: Overcoming in Uncertain Times,” with several appearances to promote it scheduled for next month.

The post, which featured photos of her and the former president, read:

“As an adult, I’ve lived in a number of places, but as far as I’m concerned, I’ve only ever had one real home. My home is my family. My home is Barack. But here’s the thing—our marriage has never been perfectly 50-50. One of us is always needing more or giving more. We have to be willing to listen to each other, honestly and without defensiveness. Only then, can we evolve together. Over the years, a lot of young people have asked me about marriage. And my response usually goes something like this: You have to prepare yourself for long stretches of discord and discomfort. You have to learn how to make real compromises in the way you’ve lived as an individual. Glamorizing a relationship while you’re dating will lead you straight to difficulty once you’re married. You can’t paper over problems when you’re living with someone day in and day out.”

“So you’ve got to ask yourself: What are you trying to get out of this relationship? Have you truly thought it through? Do you want a wedding or do you want a lifelong partnership? Those are two very different things. Together, you are answering the question: Who are we and who do we want to be?”

While her reflection seemed commonplace for folks in long-term relationships and marriages, that didn’t stop other people on social media from chiming in. Comments ranged from that she was enraging feminists, to that she was actually proving feminists correct by lamenting over the institution of marriage itself. The discourse was continuous and in some instances came across as a projection.

However, one user wisely assessed: “I want people to understand that Michelle Obama is selling a book right now, and viral quotes are part of the campaign.” But as the former First Lady knows, it doesn’t take much to get the people going.

Kim Kardashian ‘re-evaluating’ her relationship with Balenciaga amid ad controversy: “I am not in a position to comment”