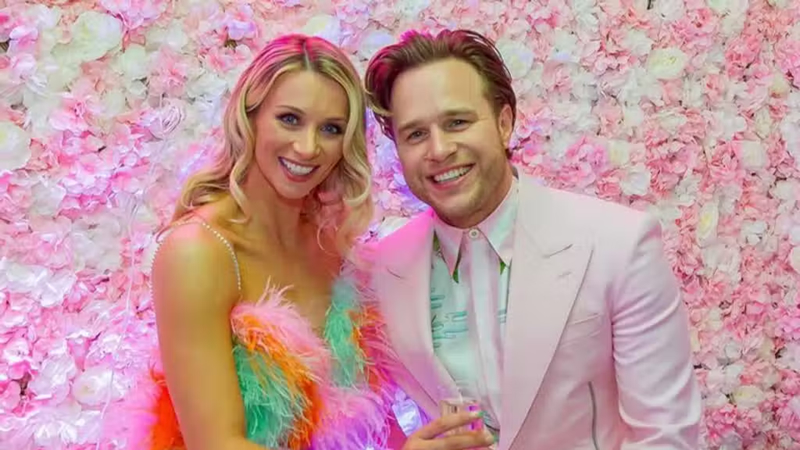 Some listeners called the lyrics of “I Hate You When You’re Drunk” “cruel,” “disgusting,” and “misogynistic” after they were released on Friday (November 25).

Murs co-wrote the upbeat pop song, in which she criticizes a loved one for getting drunk on a night out. Murs has stated that the song’s lyrics may apply to a family member, friend, or romantic love interest.

One criticism came from DJ Shaun Keaveny, who wrote on Twitter: “Olly Murs is quite the sad, controlling boyfriend according to the lyrics of his new song, ‘I Hate You When You’re Drunk’.

“I look forward to her reply song ‘I Hate You When You Sing’.”

Tank, who has been dating Murs since 2019, replied to Keaveny on Instagram.

NME reports Tank as writing in an Instagram Stories post on Monday (28 November): “Many thanks for your concern here however I can confirm that I in fact love my NON controlling FIANCE, even more, when he sings and this latest single is actually one of my favorites from the album.”

The bodybuilder and model added: “I wouldn’t lose any sleep over it bbz because I’m defo not #itsjustabitoffun. Lots of love and have a magical evening.”

Tank and Murs confirmed their engagement in June 2022.

The lyrics in “I Hate You When You’re Drunk” begin: “Oh, you’re slurrin’ all your words, there’s make-up on my shirt / You’re dancin’ on the tables, can’t you see / That you look like a mess and you’re singin’ Whitney?”

In the second verse, he sings: “Oh, you got them drunken eyes, should we call it a night? /‘Cause you’ve been tellin’ stories four-five times / Yeah, I’ve heard it before and my ears are bleedin’.”

In another part of the song, he sings: “Because you wanna buy champagne / And you wanna throw the shots back / And now you’re takin’ photographs / Why am I the only one that doesn’t laugh?”

Murs tells his loved one to “quit acting like a fool,” then assures them that he will “love you all the same” and that “I’ll pick you up when you do it all again.”

The singer did not respond to the criticism.

Michael Jackson Kids’ Are Given a $8M a Year Allowance

Kristen Stewart back in the Spotlight