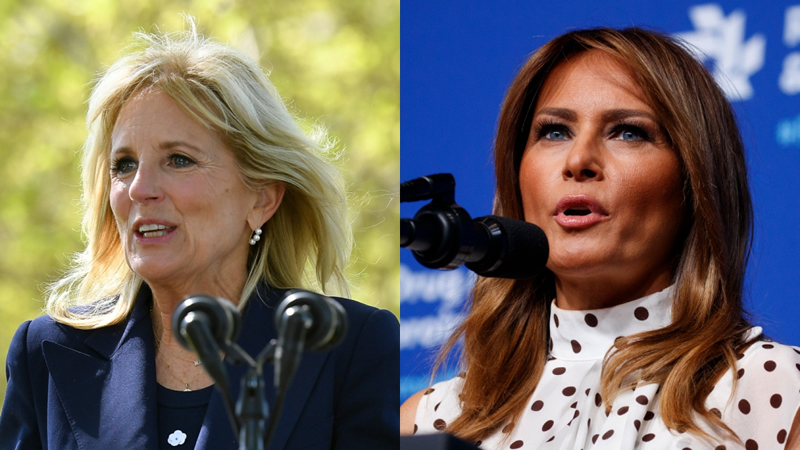 Former first lady Melania Trump had a long relationship with Vogue before she ever entered the White House, one well-documented by longtime Vogue staffer and former friend Stephanie Winston Wolkoff in her tell-all book Melania and Me: The Rise and Fall of My Friendship With the First Lady.

In 2005, over a decade before her husband Donald Trump’s inauguration, young model Melania was even featured on the cover of Vogue as Trump’s bride-to-be in her Dior wedding dress. As First Lady, however, she wasn’t extended the same offer.

First Lady Dr. Jill Biden’s Vogue cover is coming out now less than a year into President Biden’s term, and Winston Wolkoff describes a request to profile Melania Trump coming in from Vogue within the first few months too — one she ultimately rejected when they couldn’t guarantee her the cover.

Many have assumed that Melania was purposely snubbed by the magazine, but Winston Wolkoff’s story draws into question whether a Melania Trump cover could have happened after all — and why Melania was so certain it wouldn’t.

Per Melania and Me, the magazine reached out to the former FLOTUS early enough in Trump’s administration that Winston Wolkoff was still acting as her adviser, a position she left by February 2018.

“Vogue reached out to Melania, hoping to schedule an Annie Leibovitz photo shoot of the First Lady in the White House, with writer Rob Haskell shadowing her for a few days to write a profile. All that sounded great, but the magazine could not guarantee that Melania would appear on the cover,” Winston Wolkoff wrote.

“For the record, not all First Ladies are put on the cover of Vogue. Michelle Obama and Hillary Clinton, yes. Laura and Barbara Bush, no,” she continued. “Melania wasn’t going to do anything for Vogue or any other magazine if she wasn’t going to be on the cover. ‘Give me a break!’ she texted. ‘Forget it.’”

“I’m so glad I didn’t do that profile in Vogue,“ she then said, per Wolkoff. “You know, they came back two months ago and asked me to do it again. ‘It might be a cover,’ they said. Are you kidding me? I don’t give a f**k about Vogue or any other magazine. They would never put me on the cover.”

Former president Trump’s policies and reputation imposed certain social restrictions on Melania that she hadn’t felt before his entry into politics.

Namely, her warm welcome from Anna Wintour, Met Gala invitations, and Upper East Side social elite status were slipping away as former friends sought to make their allegiances known elsewhere, and it seems from these reported conversations that Melania did not fail to notice.

We have no idea whether Vogue approached First Lady Biden with the guarantee of a cover, or whether Melania Trump’s profile might have turned into a cover had she accepted their offer. In the end, Jill has a Vogue cover as First Lady and Melania didn’t, and we will have to take her at her word that that’s just fine with her.