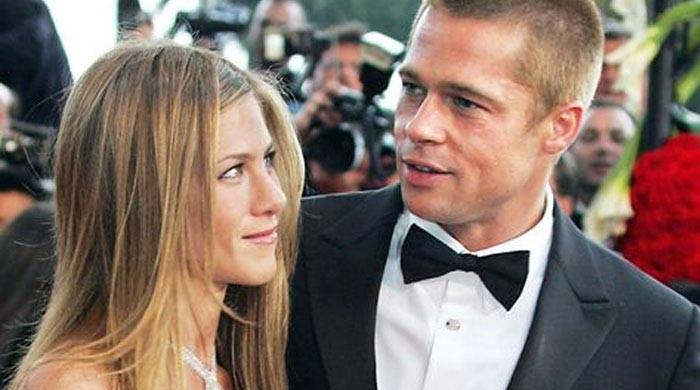 Brad Pitt must have been going through a pool of emotions lately. It was months back that he split from his summer fling Nicole Poturalski. On the other hand, he’s embroiled in a legal divorce battle with ex-wife Angelina Jolie.

There also have been charges of domestic violence labelled on him recently. Amidst it all, is the Hollywood superstar all set to settle forever with his first wife, Jennifer Aniston? Read on for the latest rumours.

For the unversed, Brad and Jennifer were like the happiest couple when they tied the knot in 2000. They were together for almost 5 years until Angelina Jolie came into the picture. It was Pitt who united with the Maleficent actress for the film, Mr & Mrs Smith. They soon fell in love and boom, came the separation announcement with Aniston.

But as per recent reports by NW, “This time it’s forever for the two!” Yes, you heard that right. The publication claims that Jennifer Aniston and Brad Pitt are finally reuniting. The couple will be filming a secret interview soon and confirming the news to the world.

The report states, “Jen and Brad want to talk about their individual journeys, like his problems with alcohol and her failed relationships. These tales of personal growth will culminate in the main point — their new life together.”

Not only restricting it to this news piece, but it also mentioned the former couple planning to build a house. The source further added, “With age comes wisdom, and now that Aniston and Pitt are older, they’re more relaxed about discussing their personal lives — especially with friends like Ellen and Oprah.”

Well, there remains no official confirmation to the same. In addition, the leading portal, Gossip Cop has busted these claims calling them ‘totally untrue.’