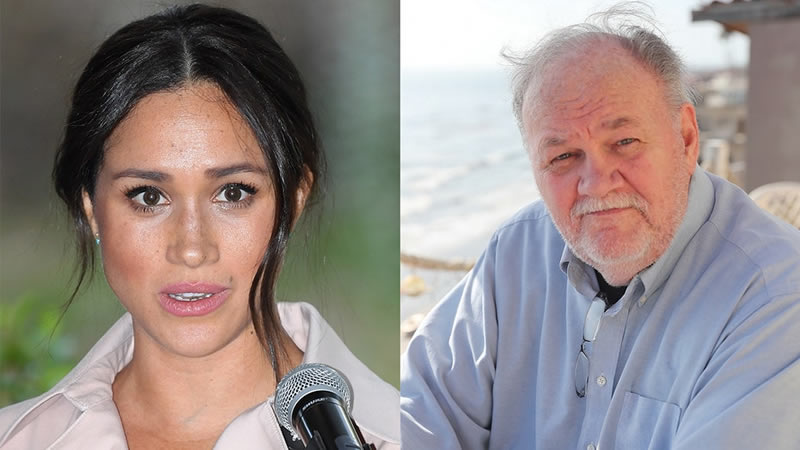 The Ellen interview came eight months after her and Harry’s TV chat with Oprah Winfrey, in which she said a royal asked a racially-charged question about Archie’s skin tone

Meghan Markle’s dad has called for her to be stripped of her royal title after her latest appearance on US TV, say reports.

The Ellen interview came eight months after her and Harry’s TV chat with Oprah Winfrey, in which she said a royal made a racist remark about Archie’s skin tone.

It was her second interview since moving to the US with her husband Prince Harry, but it was a decidedly less controversial one, opening up about family life away from the UK and royal family.

Making a guest appearance on the Ellen DeGeneres show, the Duchess of Sussex talked about a number of subjects – from her last wild night with Prince Harry before they were thrust into the spotlight to sharing photos of their children.

She also took part in a skit at a market stall where she decided to shop for crystals and perform bizarre acts, such as closing her eyes and holding a crystal to her head while chanting.

Thomas Markle, a retired Hollywood lighting director, winced at home in Mexico as Meghan took part in the skit.

Speaking to The Sun Mr Markle said his family had been left ’embarrassed’ by the TV appearance.

He said: “She insulted the Queen, the Royal Family and the British people.

“She made a complete fool of herself and should lose her title.

“I love my daughter but her performance was ridiculous.”

In the studio, in front of a packed audience, Meghan talked of being a struggling actress in her 20s, doing auditions at a Los Angeles studio. She said her car had faulty doors that meant she had to climb in and out via the boot.