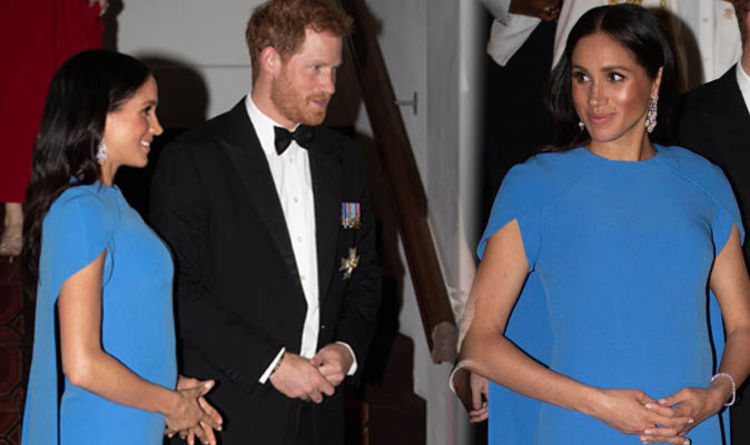 Nothing sells a magazine quite like a royal baby. This must explain why tabloids repeatedly claim Meghan Markle is pregnant when she isn’t. It is among the most common rumors Gossip Cop confronts and no tabloid has been correct so far.

Should the Duchess of Sussex announce a second pregnancy, a tabloid would be correct strictly by coincidence, as this parade of bogus stories prove they have no real insight. Here are some pregnancy rumors we’ve busted about the Suits star.

One thing you’ll notice about these stories is how tabloids aren’t content just saying Markle is pregnant, so they add a little extra twist to make the story unique. If Markle were actually pregnant, legitimate sources would only say she’s pregnant, so this alone is a bit of a giveaway. Case and point, this New Idea story about how Markle is going to “spend a few days in Mexico where she will go into hiding.” The pregnant Markle needs some “much-needed time for herself” before the baby is born.

Gossip Cop busted this story by pointing out that the accompanying photo was not of Markle in Mexico, but actually Markle on an Italian vacation in 2018. She and Prince Harry had recently been photographed at the Los Angeles National Cemetery, so this was an easy one to disprove.

The Duke and Duchess of Sussex were set to return to the UK for their court case against the Mail on Sunday, but lawyers requested that their testimony be delayed nine months. Heat smelled blood in the water, and naturally said the nine-month delay was “because she and Prince Harry are expecting their second baby.”

The article cited some tweets, and said “we’ll have to wait that little bit longer before the truth comes clear.” Gossip Cop doesn’t know why the Sussexes delayed the trial, but we also know that this tabloid doesn’t know. The only piece of evidence the tabloid had for its story was the length of the delay, but the actual reason has been kept strictly confidential. This article was pure speculation.

In October, Star reported that Markle was secretly six months pregnant. Markle was “determined to keep her second pregnancy a secret for as long as she can.” Despite her secrecy, we’re supposed to believe that this tabloid would know the truth?

If Markle is keeping a pregnancy a secret then only her closest confidants would know, and not a single one of them would dare spill the beans to a tabloid. Especially not after six months. Furthermore, Markle and Prince Harry were recently photographed for remembrance day and Markle certainly did not look seven months pregnant. The story was completely made-up.

It was a bait and switch story, as the pregnancy was not covered at all, nor did it ever actually says he walked out on Prince Harry. Plus, the accompanying photo of a supposedly pposedlypregnant Markle came from 2016, so this story was about as wrong as could be.