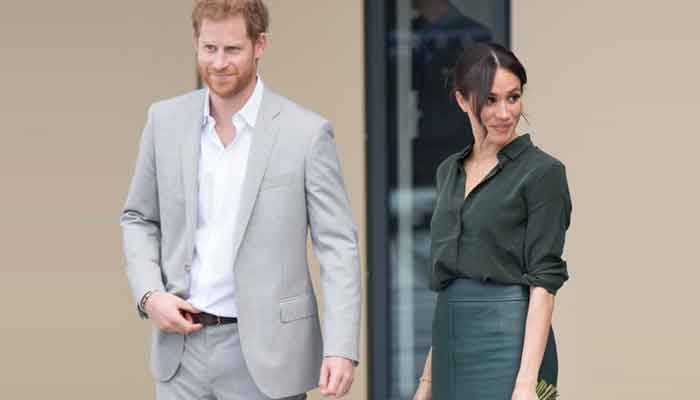 Prince Harry and Meghan Markle’s staff members were made to sign ‘gagging orders’ ahead of the couple’s bombshell tell-all with Oprah Winfrey.

According to a report in The Sun, the Duke and Duchess’s employees signed a non-disclosure agreement about the day’s event.

Photographer Joe Pugliese, who took pictures of the interview, told the publication that he and others involved had signed gagging orders.

“Sorry I just can’t talk about it. Harpo [Oprah’s production company] has this watertight,” he said.

It has been reportedly said that Harry and Meghan chose to do their interview with CBS, rather than a streaming service, so that more people could hear their story.

Meanwhile, it has been reported Meghan and Harry did not get paid for the exclusive chat.

While talking to Winfrey, the couple made a series of shocking claims, amongst which Meghan’s candid admission of being suicidal was the most startlling one.

Harry on the other hand said his father, Prince Charles, stopped taking his calls when he allegedly contacted him to speak about his exit from the royal family.

Woman, 36, Dies After Emergency C-Section Due to COVID-19: ‘She Was Beautiful Inside and Out’ Says Husband