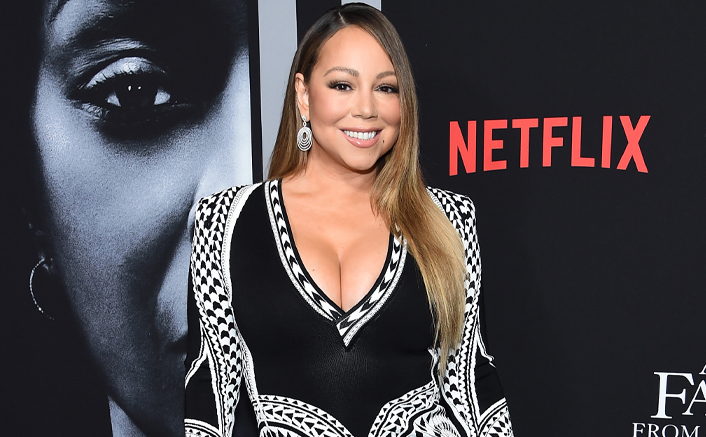 Mariah Carey talks in detail about her memoir which has been recently launched on Amazon Audible. Check out what she has to say about it!

She’s an artist so well-known that she can go by one name, but with her new memoir, Mariah Carey is finally revealing the experiences that made her who she is today, bringing her voice, insight, and musicality to this thoroughly engrossing audiobook.

Here’s a sneak peek into some of the tell-all topics she dives into in The Meaning of Mariah Carey, now available on Audible.

“Honestly, it was often painful for me to access these emotions in terms of just reliving a lot of things that I had kind of buried, if that makes sense, buried deep inside, because I don’t harp on negative things.”

Talking about why she chose to write this memoir, Mariah Carey says “I always try to push through to a place of positivity. But in doing the work for this book, I did have to relive a lot of very painful memories.

And it was hard, but it’s something that I’ve done as a songwriter is accessing those emotions and things like that when writing very personal songs. So, this was like that times a hundred thousand million percent”

“I started telling my story through my lyrics when I was a little girl.”

On how music influenced her life and her memoir, she says, “Recording the memoir was, in some ways, the same as recording music, because it’s kind of like a constant process of editing myself as I’m speaking or singing, and that’s just something I can’t shut off. But I really have been enjoying integrating, because the book is layered with my lyrics.

And I started telling my story through my lyrics when I was a little girl. So, I’ve recorded these songs and put them out and now they’re incorporated into the book and you are able to say, “Oh, this specific lyric pertains to this specific story” and “Wow, I can’t even believe I never knew what was behind this and that it was an actual moment that she retold in a story.” Or thematically, the song “Outside” from the album Butterfly, I use it several times in the book because it sort of encapsulates my feelings about feeling like an outsider. So, there’s a lot of things that are in tandem in terms of the book and my music and my lyrics and my experiences.”

“Kids can be mean, and we talk about this, everybody can be mean. But when you’re exposed to that as a little girl, and it’s coupled with racism—and I talk about this in the book—it becomes a very, very specific and particular brand of cruelty.”

On the topic of parenting and giving her kids lessons on the importance of identity, stemming from her own experiences, Mariah states, “And so, for me, for both of my kids, it’s important that they understand who they are. They don’t have to struggle with the same issues of race and identity that I had to struggle with, but the truth is the world is still the world. So they need to know about these things. And they should know about their history as it pertains to me and my experiences with racism.”

“Recording the memoir brought me so much closer to every single word in the book”.

With such a famous voice, narrating her own memoir presented various challenges. Mariah Carey says, “Because you’re writing, you’re living these stories, and you’re going through it, and reading over and over, but it’s not the same as actually reading it aloud, living it, singing the lyrical parts. You know what I mean? This made me really have to sit with it and sit in the moment of hearing and reliving these experiences. And so, I’ve kind of tried to keep it raw where if I was feeling emotional, that’s what you’re going to hear.”

How to Have Beautiful Skin In Winter?