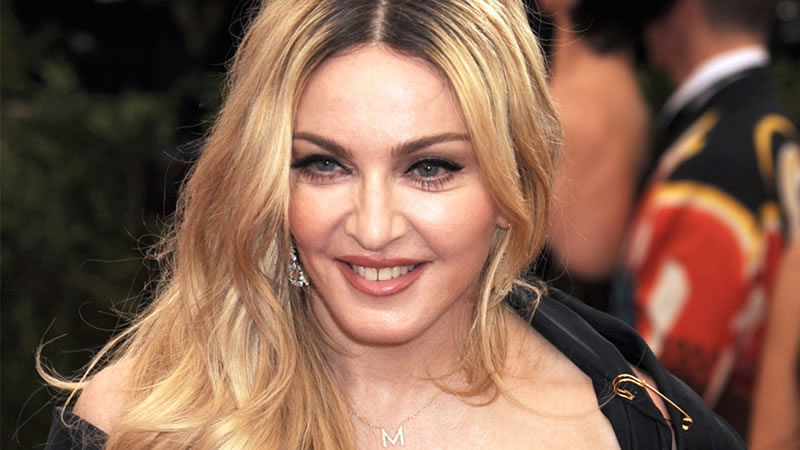 Madonna has gone through quite a few beauty transformations throughout her illustrious career, and the pop star may have just shown us her most shocking look yet. The 62-year-old icon looked nearly unrecognizable in new photos, which show her in nothing but underwear.

Read ahead for all the details we have…

Madonna shared a snap of herself posing in a black scoop neck bra and matching boy shorts, sitting on the floor of the glamorously decorated bathroom of her home. She captioned the pic, “New Life, New York, Re-Invention….”

Her fans had several speculations as to what the star may have meant with this cryptic post, but one consensus that remained clear was that Madonna looked amazing – way younger than 62!

Many followers commented on the appearance of Madonna’s face, which showed sharp angles at her brows, cheeks and jawlines. It wasn’t clear as to whether this was just from the angle of her pose, or if Madonna had changed her face in some way.

“Those brows!” One commenter wrote. Another shared, “WHO‘s that woman?”

Others were a bit more concerned about Madonna’s appearance, sharing their thoughts in comments on the post.

“GURL stop with the surgery ! Turning into ET or smtg,” one wrote. “I’m kinda scared but love you I guess,” another comment said.

Despite confusion over Madonna’s appearance, fans were all pleased to see the announcement that she was home in New York. She usually lives in Portugal with her family, though had returned to America for a visit to celebrate her father’s 90th birthday.

Sleep problems linked to higher dementia risk in these people