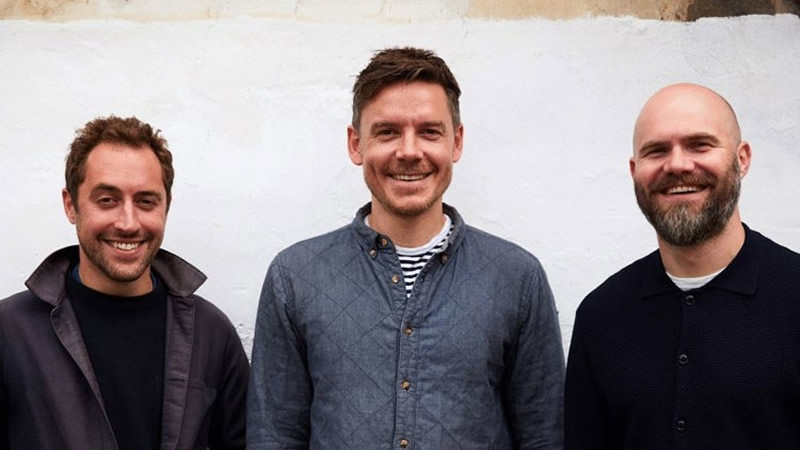 Nicholas Balfe, Mark Gurney, and Matt Bushnell of South London restaurants Salon, Levan, and Larry’s will be opening Holm in Somerset, their first restaurant outside of London, this autumn.

Holm will be located in the village of South Petherton, and chef-director Balfe will be relocating to the south-west to oversee the project and the kitchen.

The 30-cover restaurant’s open kitchen will be surrounded by a six-cover dining counter. In the rear of the space will be a 10-cover private dining room, which will double up as a pantry and larder. The space will lead out to a 50-cover garden and terrace with a brick hearth and wood grill.

Holm will offer a menu of breakfast dishes, including a caramelized apple and miso bun and a Montgomery Cheddar Croque, as well as freshly pressed juices and coffee.

There will be a chef’s tasting menu as well as à la carte lunch and dinner menus, starting with a selection of small plates, such as Brixham mussels with lovage, crème fraîche and cider; Somerset ex-dairy tartare with pickled mushrooms and cured egg yolk; and wood-roasted leeks served with Ogleshield cream and walnuts.

Larger plates will include coal-roasted celeriac with garden brassicas and seaweed Béarnaise, or Saddleback pork, butchered in-house and served two ways, with burnt pear sauce and radicchio from nearby Pitney Farm.

Balfe said: “Having spent my early years in Somerset and Dorset, that part of the world has always held a special place in my heart. I’ve been in awe of the richness and vitality of the land there for as long as I can remember and have spent many a holiday exploring the countryside and coastline in the south-west.

I can’t wait to take some of the wonderful energy, passion and creativity that define Salon, Levan and Larry’s and transpose it to the countryside.”