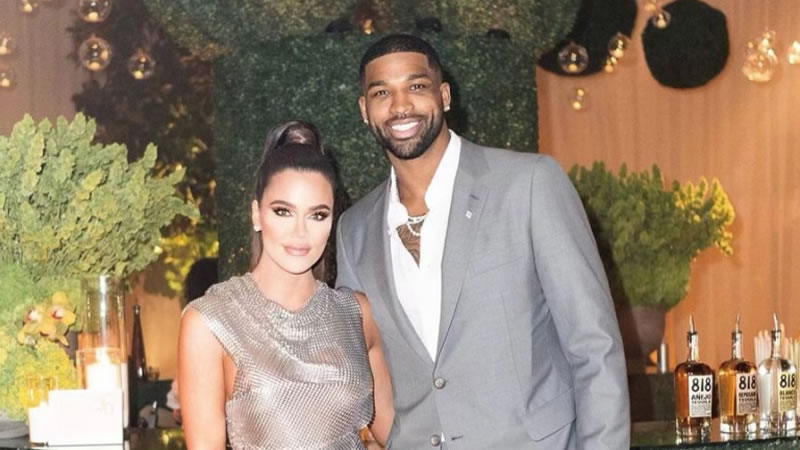 Khloe Kardashian has revealed her hopes for a second child, amid reports she’s back with Tristan Thompson.

The reality star is desperate to have a sibling for her 3-year-old daughter True, who she shares with the basketball player.

The 37-year-old made the confession on Twitter after a fan suggested she have another baby.

Khloe replied: “Hehehe. I want her to have a sibling. If it’s God’s plan.”

During the last season of Keeping Up With The Kardashians, which aired earlier this year, Khloe and Tristan were very open about their plans to have another baby together.

The mother-of-one confirmed that she made embryos with Tristan, but in March the reality star said the coronavirus pandemic had delayed their plans to get pregnant.

During an appearance on The Ellen Show, Khloe explained: “You know, with COVID, finding this whole fertility process, if you do need assistance in fertility, it’s much more challenging during COVID.”

“They say, ‘If you wanna make God laugh, tell him your plans.’ So the one time I’m actually really trying to plan, God is saying, ‘Uh uh, you can’t make your plans like this.’”

Explaining why she was so desperate to have another baby with Tristan, the 37-year-old said: “My plan was to have kids closer in age. But now with COVID and everything, my plan’s been a little delayed.”

“I definitely do want more kids. I have so many brothers and sisters. I think it’s such a blessing—especially during these times—to have a family member or people that you can play with and rely on and just have a buddy through life.”

The reality star has never addressed their breakup, but last month In Touch Weekly reported that she had given him another chance.

A source told the magazine: “It may not be the most ideal situation because of her trust issues, but Khloe’s desperate to make it work, and he’s once again promised to do better.”

“Khloe wants Tristan in [their daughter] True’s life and she’s still holding out hope for that second child. They are far from over.”

A second insider added: “He also promised Khloe that things will be different this time around and that he signed with the Sacramento Kings to be closer to her and True, and be a proper family and she believes him.”

Khloe and Tristan first started dating back in 2016, but their relationship hit the rocks when the NBA star was accused of cheating – just days before Khloe gave birth to their daughter True in April 2018.

The reality star controversially decided to stand by Tristan, but less than one year later, he was caught kissing family friend Jordyn Woods at a house party in February 2019.

Khloe dumped the basketball player for good, but she decided to give their relationship another chance last year – after they grew close during the lockdown.