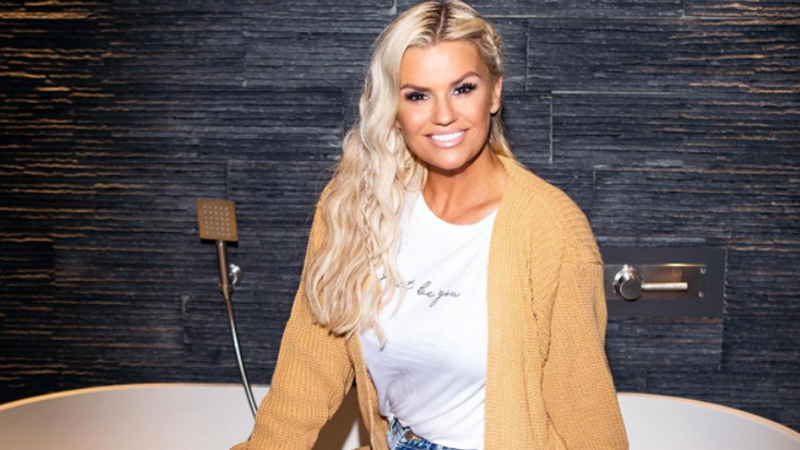 Singer Kerry Katona, who has five children, said she physically wouldn’t be able to give birth to a child again, though she and her current partner Ryan Mahoney could consider surrogacy.

“I nearly died when I gave birth to DJ, I physically wouldn’t be able to carry a child. If we have more, we’d do surrogacy but we’re nowhere near that stage. We want to own a house first, and we already have a madhouse with five kids,” Kerry Katona told Closer magazine, femalefirst.co.uk reported.

Katona said she does not want a “million kids”.

“I’ve bought Ryan a dog, which he treats like a kid, so that should be more than enough. I’m not like Katie (Price), I don’t want another million kids! I’ve got two grown-up daughters who are already adults and I’m not sure I could cope with a newborn on top of everything. I love life the way it is,” she said.

Mahoney is eight years junior to Katona and she said that before she fell for him, she couldn’t imagine anything “worse” than a younger partner.

“I wouldn’t be where I am now physically, emotionally, financially and mentally if I hadn’t met Ryan. He’s had my best interests at heart from day one. He went from being a bachelor and holidaying in Marbella to being a stepdad to five kids. He fitted right in,” Kerry Katona said.

Critics Slam Biden After He Appears To Forget Name Of Defense Secretary, Pentagon: ‘He’s Not There’

Britney Spears’ Beau Sam Asghari On Taking Their Relationship To Next Level: “I Don’t Mind Becoming A Father”