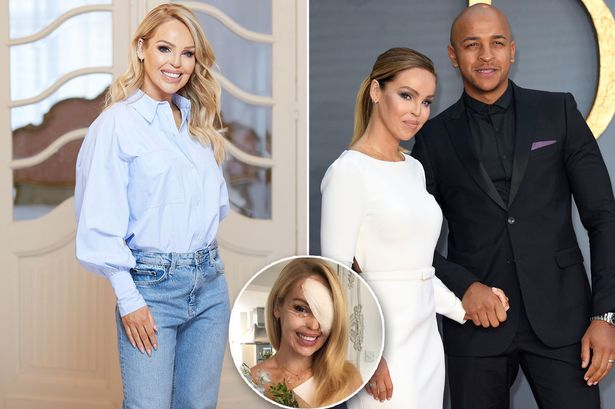 Brave Katie Piper has opened up as she nears her 400th operation – saying it doesn’t bother her as she just feels lucky to be alive.

The model is about to hit the milestone after 12 years of having ops following her 2008 attack.

But she says her “heart never sinks” when told she has to have another op.

“You can look at it that way, or you can say, it’s extraordinary to be alive, because women who are acid attacked in other countries actually die,” she says.

The star, who has recently teamed up with the Co-op for a new campaign (MUST), is recovering from her latest op last month. It involved a graft to her upper eyelid using skin from her left arm.

The 37-year-old said: “I joked with my eye surgeon, ‘when would be a good time to do it? Because I’m going to be blind when I have it done, because I’ve only got sight in one eye’.

“But then the pandemic happened and the world’s shut down…so timing wise, it couldn’t have been better.”

The inspirational star, who set up the Katie Piper Foundation whose aim is to have a world where “scars do not limit a person’s function, social inclusion or sense of well being”, recently shared messages on Instagram she got from cruel trolls who called her “repulsive”.

But she says she forgives them – and she just lets the abuse wash over her.

“You can imagine the background or the past that poor person’s been through to come to such an angry place, to be like that. You can only really feel bad for them,” she says.

Katie says she tries to be in a “Nirvana state” which allows her to deal with such negativity.

“I step back, and when someone is spewing hate or they have done something horrific to you, you can step back and say, only hurt people hurt people,” she says.

The star is backing the Co-Op’s The Collective – which sees famous names connecting with a local cause near where they live.

She visited ca volunteer-led community initiative called Monty’s in Southampton, near where she grew up.

“It’s been a really difficult time for charities in the pandemic but Co-op have really stepped up, “supporting not only to large charities, but grassroots causes.

The incredible team at Monty’s have helped to support hundreds of families in their area, particularly through such a difficult year.