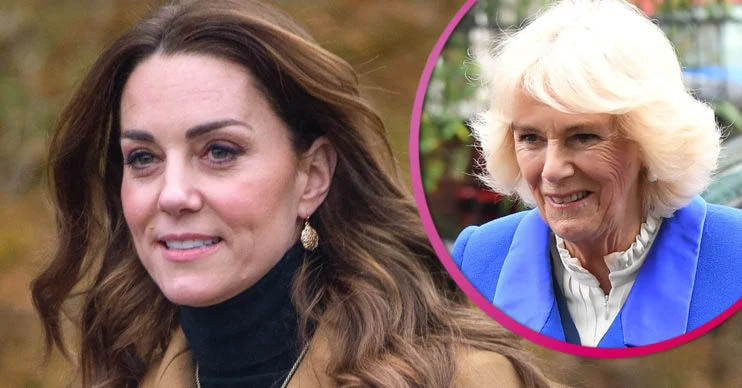 Prince William and Kate’s relationship hadn’t always been smooth sailing during their early years of dating.

Royal expert Katie Nicholl revealed the palace’s alleged fears over the Duke and Duchess of Cambridge.

According to the Express, in her 2010 book, William and Harry, Katie wrote: “It was hard not to draw comparisons between William and his father.

“Had William also met the right woman at the wrong time?”

She added: “Haunted by the spectre of the past, there were real fears at the Palace that Kate would become the next Camilla.”

Camilla had a romantic relationship with Prince Charles in the 70s before splitting and going on to marry Andrew Parker Bowles in 1973.

However, Camilla and Andrew ended their marriage in 1995 after Charles’ relationship to Princess Diana ended in 1992.

Charles and Camilla then rekindled their romance and tied the knot in 2005.

Following their brief breakup in 2007, Kate and William began dating again and announced their engagement in 2010.

The following year, they married and have gone on to have three children – Prince George, Princess Charlotte and Prince Louis.

Meanwhile, in April, the couple will mark 10 years of marriage.

According to reports, the Queen wants to plan a special surprise on Kate’s tenth anniversary of officially being a royal family member.

“Something she can do to mark it. Kate and the Queen have a fantastic relationship.

“Kate strikes that balance between bowing to her as head of the royal family in public but being able to check in with her as the great-grandmother to her children.”