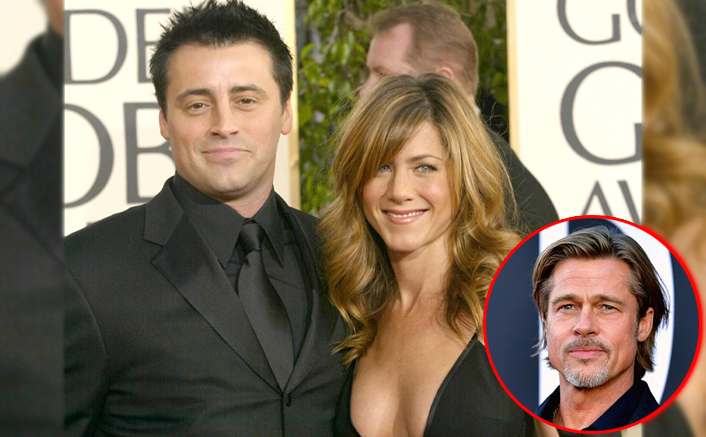 Jennifer Aniston is one of the most popular and talented actresses in the world. Being famous comes with its perks and cons. Back when the Friends actress was married to Brad Pitt, it was reported that she cheated on her ex-husband with her co-star Matt LeBlanc. Read to know the scoop.

It was Matt’s estranged father, Paul LeBlanc who made a shocking revelation back in 2015 and took the internet by storm.

Paul who happens to be a mechanic told Star Magazine, “He even had a relationship with one of the girls … Jen. They would make out in the dressing rooms. He told me about it – it was when she was married to Brad Pitt.”

Jennifer Aniston and Matt LeBlanc worked together for ten years on Friends and there came a time in the show, where the two were seen dating. This came as a surprise to all their fans.

There was a whole section of fans who wanted Jen’s character Rachel to date Matt’s character Joey. A lot of the show fans still believe that she would have ended in a better place with Joey than Ross Geller played by David Schwimmer.

Matt LeBlanc had a fallout with his father back in 2012 and fans didn’t find the credibility of the news to be true. Paul LeBlanc has had a strained relationship with his son.

Meanwhile, Jennifer Aniston’s representative denied all the allegations/claims and said, “It is absolutely 100% false. Jennifer has never had a romantic or sexual relationship with Matt LeBlanc.”

Talking about Matt’s look, his father Paul said, “He was as good-looking as anyone in Hollywood, but he isn’t going to age well. It’s the high life – I’ll see him with his gut hanging over his belt. He’s not someone who keeps himself toned when he’s not in front of the cameras.”