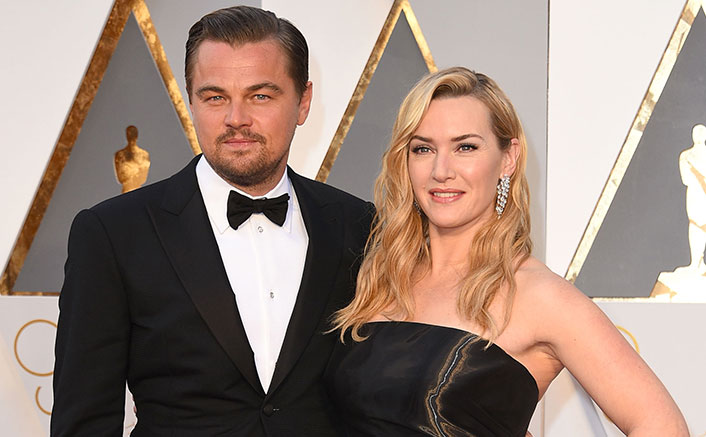 Kate Winslet and Leonardo DiCaprio have been friends for years now. From giving their breakthrough performances with Titanic at the beginning of their respective careers to cheering each other on various award functions; these two seems to have been there for each other through thick and thin.

Today, we are going to talk about the time when Kate got emotional during the Golden Globes and said ‘I love You’ to Leo.

Back in 2009, Kate Winslet won two Golden Globes for The Reader and Revolutionary Road. When the Titanic actress came up on the stage, she got emotional and said, “Leo I’m so happy I can stand here and tell you how much I love and how much I’ve loved you for 13 years. And your performance in this film is nothing short of spectacular. I love you with all my heart, I really do.”

Leonardo DiCaprio was smiling and cheering for his friend among the audiences like a true gentleman.

Later on Oprah Winfrey’s show, Kate couldn’t stop praising Leo and said, “I’m going to have to take a deep breath. Every time I talk about him honestly I want to burst into tears. If you look at this career from Gilbert Grape to Basketball Diaries, Titanic, The Departed, Blood Diamond, and now Revolutionary Road, for me, and I think for most of us, he is the leading actor of his generation. I just think everything he does is flawless.

He gives 100 per cent of himself. This is a thing you don’t see as an audience member. The commitment and hard work. We started Revolutionary Road and he was glowing and golden and beautiful. In the end, he was like Gollum. He had been so ravaged by the character…. The friendship that we have, we have a trust that’s so strong we knew we could push each other’s buttons.”