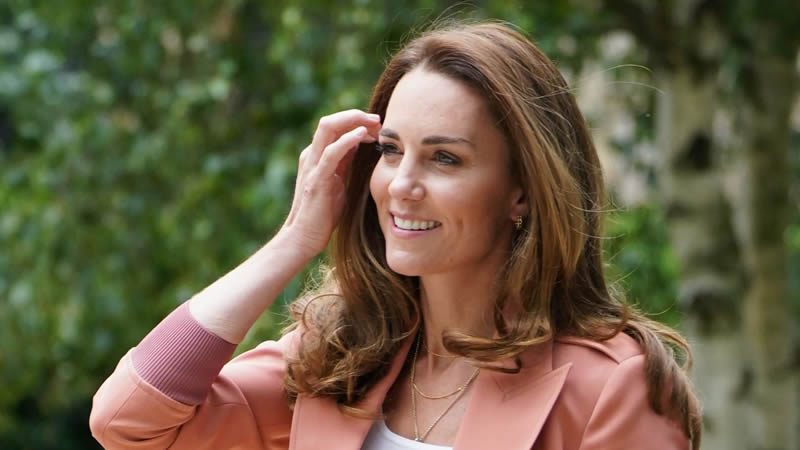 William also believes his late grandfather, Prince Philip, would have been “fascinated and very excited” for the advancement being put into practice by BAE Systems for the country’s Royal Navy.

The Queen assigned Kate Middleton, 39, the role of sponsor for the new naval battleship under construction.

Prince William revealed his wife’s appointment and the family’s close relationship with the Royal Navy through the years during his visit to the shipyard area of Govan in Glasgow, Scotland, early Tuesday.

In his speech at BAE Systems, William announced that his grandmother the Queen had made the appointment for the Duchess of Cambridge to be associated with HMS Glasgow, which is being constructed at the yard.

Her office at Kensington Palace explained that the new role will see the royal mom-of-three maintain a “strong and enduring personal connection to the vessel and her crew, often supporting milestones, events and deployments.”

In his speech, William said, “My family’s affection for the Royal Navy is well known, and as I saw the work taking place here today, I was thinking of my grandfather, the Duke of Edinburgh. He would have been fascinated and very excited to see such advances in skills and technology being put into practice.”

“Today, I’m very pleased to announce that my family’s connection with Type 26 will endure for many years to come,” he added.

“Her Majesty the Queen has approved the appointment of my wife Catherine as Sponsor of the superb ship we see taking shape outside — HMS Glasgow. I know that Catherine will be delighted to join you here in Glasgow for the naming ceremony in due course.”

To show their delight at the announcement that the Duchess will be working closely with them, and will soon be coming down to learn more about their work, William was gifted with models of the ship for Prince George, 7, Princess Charlotte, 6, and Prince Louis, 3, to paint.

Electrical apprentice, Cara Shannon, who works on the Type 26 at Govan, took the prince on a tour showing him the progress of the ship’s construction.

William, 39, met and spoke with some of BAE Systems’ apprentices and graduates in training, who are improving their skills by working on advanced technology programs, his office at Kensington Palace shared.

His next visit took him to a ceremony that marked the start of construction on HMS Belfast, the third Type 26 Global Combat Ship to be manufactured by the shipyard, which is designed to protect the nation’s strategic deterrent and new Queen Elizabeth-class aircraft carriers from enemy submarines.

He officially cut the first plate of steel for the Type 26 frigate at the ceremony. He also gave a speech, sharing his joy at being a part of the ship’s progress and construction launch, even if it is in a small way.

“It is my great honour to play my own small part in the continued advances of the Royal Navy, by cutting the very first steel for Ship 3 – the HMS Belfast of the future,” William said.

“She will be only the second ship to have carried this name, her predecessor having conducted her duties with distinction and honour throughout the Second World War.

The city of Belfast has always stood alongside Glasgow with a superb heritage of ship building, but now the city can once again become synonymous with Royal Naval power and maritime excellence.”

“Catherine and I feel extremely privileged to become part of Team Type 26, and we look forward to following the journey of the ships, and their future crews, in the years to come.”

Prince William, Kate Middleton and their eldest child also supported England in their round of 16 match with Germany at Wembley Stadium on June 29.

How the Karl Lagerfeld Brand Weathered the Pandemic