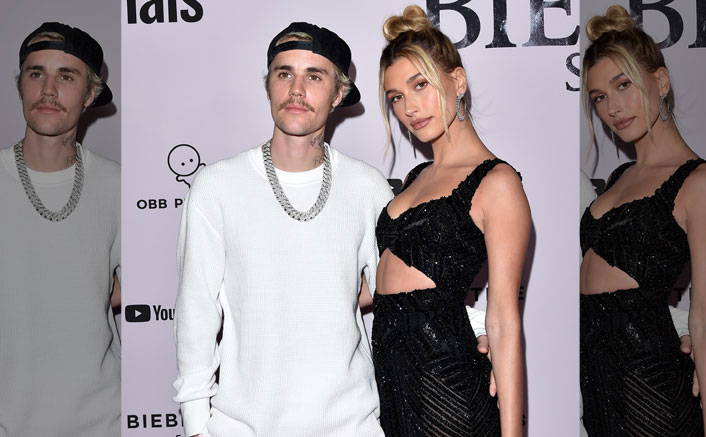 Justin Bieber recently appeared on The Ellen Show and shared some interesting details about his personal and professional life. While talking with host Ellen DeGeneres, he opened up about his married life with Hailey Baldwin and shared how she has asked him to not get any more tattoos on his neck.

Justin also shared that he is keeping the space clear to get tattoos for his kids when he becomes a dad. However, he also maintained that the couple isn’t planning family yet.

Just Jared has quoted Justin Bieber as saying, “I’m going to have as many [kids] as Hailey is wishing to push out,”

Justin Bieber also added, “I’d love to have myself a little tribe. But, it’s her body and whatever she wants to do… I think she wants to have a few. At least two or three.”

Talking about how Hailey Baldwin has some career goals to achieve, he said, “I think Hailey still has some things she wants to accomplish as a woman and I think she is just not ready yet. And I think that’s okay,”

Meanwhile, Justin Bieber recently shared that he finds his Grammy Award nominations strange, and is upset that his nominations were in pop instead of R&B categories.

A little after the nominations were announced, Justin Bieber wrote a short letter to the Recording Academy on Instagram, sharing his thoughts on how his mission to make an R&B album was not honoured properly by placing it in the wrong category.

“To the Grammys,” he started his letter, writing: “I am flattered to be acknowledged and appreciated for my artistry. I am very meticulous and intentional about my music. With that being said, I set out to make an R&B album. ‘Changes’ was and is an R&B album. It is not being acknowledged as an R&B album, which is very strange to me.”

“I grew up admiring R&B music and wished to make a project that would embody that sound. For this not to be put into that category feels weird, considering from the chords to the melodies to the vocal style, all the way down to the hip-hop drums that were chosen, it is undeniably, unmistakably an R&B album,” Justin Bieber added.

This singer continued: “To be clear, I absolutely love Pop music, it was just wasn’t what I set out to make this time around. My gratitude for feeling respected for my work remains and I am honored to be nominated either way.”

“Please don’t mistake this as me being ungrateful, these are just my thoughts take em or leave em. Thank you to the people who fought for me to even have any noms,” he wrote on Instagram while sharing the letter.