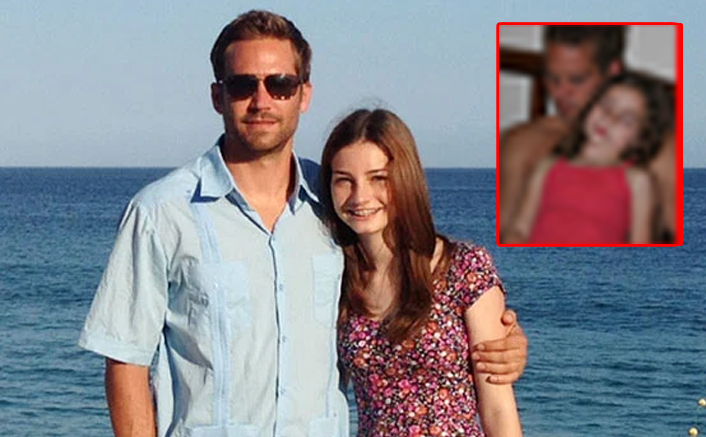 Actor Paul Walker‘s death made the headline almost seven years ago. His death new sent shock waves throughout the world and in Hollywood. The actor was reportedly filming for Fast & Furious 7 at the time when he died due to a fatal accident. Now as the world remembered the actor on his seventh death anniversary, his daughter Meadow Walker also remembered him.

Meadow took to Instagram and penned down a sweet tribute to her late father. She also shared a picture from her childhood featuring her father. In her tribute, she said that it is the day to celebrate the love and happiness that Paul brought to the world.

Meadow Walker in her tribute, wrote, “A silly day to remember in sadness. today’s a celebration of the love and happiness you brought to the world. here’s a photo of my best bud & I napping.” Take a look at her post below:

As seen in the picture, Meadow can be seen sleeping on her father’s lap as a little girl. Her dad also appeared to be taking a snooze in the adorable pic. Reportedly, the actor would have turned 47 last September. His daughter marked the day by sharing another fond memory with her dad.

Soon after Meadow shared the tribute on Instagram, Fast & Furious star Nathalie Emmanuel took to the comments section and wrote, “We miss him so much. Of all the things he gave to the world……. You are the most beautiful of them all!”

Tyrese Gibson also took to the comments section and wrote, “We love you Meadow! We love you and miss your father everyday……. Prayers love and light to you angel….. I know none of this has been easy especially days like this….. -Uncle Ty”.

Dominic Toretto aka Vin Diesel also shared a picture of the two from a promotional event on Instagram. He wrote, Seven years… Not a day passes… All love, Always.” To which Meadow Walker also commented My forever angel. My two protectors and supporters. He’s with us always (heart emojis) so blessed to call him and dad and best friend. Endless love.”