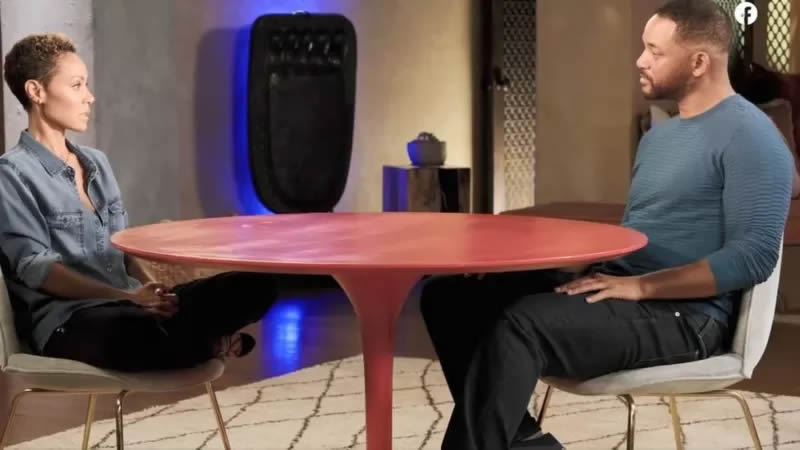 In a resurfaced clip, Jada Pinkett Smith admitted that she “really didn’t want to get married” to Will Smith.

This surfaced after the couple’s marriage was thrust further into the spotlight when Will Smith slapped Chris Rock for joking about Jada’s baldness.

Smith is banned from the Academy after a virtual board meeting about the Oscars incident. It occurred a few days after he resigned and issued an apology.

The Hollywood couple was rumored to have been in an open marriage for many years. For some, their relationship rumors were seemingly confirmed after Jada confessed to a romance with R&B singer August Alsina.

Jada Smith recalls being pressured into marrying Will Smith
In an episode of Red Table Talk from 2018, Will and Jada got candid about their relationship.

Jada spoke about feeling pressured into getting married during the talk show.

“I was under so much pressure, you know, being a young actress, being young, and I was just, like, pregnant, and I just didn’t know what to do,” she said during the Facebook series, continuing:

“I never wanted to be married – I really didn’t wanna get married,” Pinkett Smith said at the table with her mother, Will Smith, and Will Smith.

“We only got married because Gammy was crying,” Will Smith added about Jada’s mother.

“It was almost as if Gammy was like, ‘You have to get married, so let’s talk about the wedding,’” said Pinkett Smith, to which her mother, Adrienne Banfield-Norris, said:

“I remember feeling very strongly and wanting you guys to be married.”

Jada’s mother added that she recalled that her daughter’s opposition was to the idea of a wedding rather than marriage.

The Matrix star gave more details about how she felt forced down the aisle, adding:

“And now Gammy did go to Will, crying about ‘I don’t want a wedding,’ and now I’m being forced to have a wedding,” she said. “I just wanted it to be the two of us on a mountain because I was like: ‘This is serious business.’”

Jada admits she cried going down the aisle
They continued speaking about their wedding day during the resurfaced table talk episode.

Banfield-Norris admitted the marriage was “horrible” and “a mess” due to Jada being sick and unwilling to cooperate.

Pinkett Smith then revealed how she broke down due to not wanting a wedding.

“I was so upset that I had to have a wedding. I was so pissed I went crying down the freaking aisle. I cried the whole way down the aisle,” she said about the wedding.

However, the wedding was a dream come true for the Oscar-winning actor.

“There wasn’t a day in my life that I wanted anything other than being married and having a family,” Will Smith said, continuing: “From literally five years old, I was picturing what my family would be.”