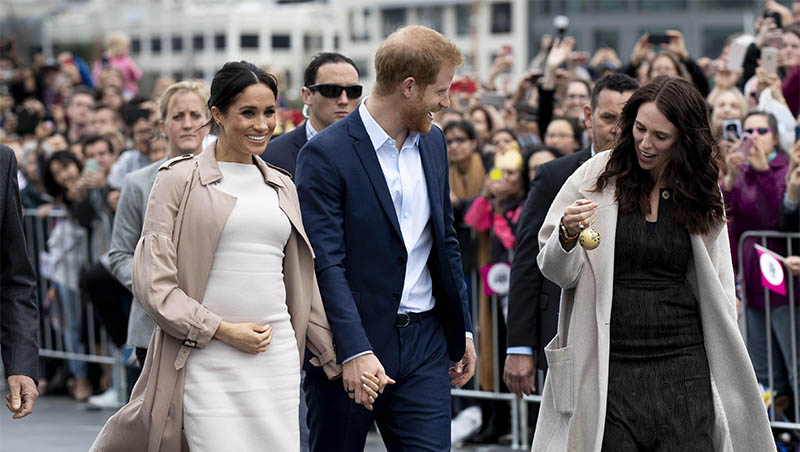 Duchess of Sussex, Meghan Markle is pregnant with twins? Really? Gossip Cop investigates one cover story that claimed she will soon welcome two baby girls into the world.

According to Star, Meghan was advised to have 24-hours bed rest as she expects twin girls. Prince Harry told Prince William and Kate Middleton in person, according to a source, that “Meghan is expecting not one baby but two.” The baby news “definitely helped heal the rift between them,” the source added.

It is the biggest dream that will come true for Meghan, but her lifestyle will suffer. A source claimed, “Harry keeps reminding her that she needs to rest and that he’ll do whatever work needs to be done,” which includes setting up the $400,000 nursery. Markle plans to do something a bit different with these babies: a home birth. A source says “she loves the idea of having the babies naturally in the privacy of their own home.”

Although the couple has resigned from their duties both are finding names that would honor his lineage. A source reports that the two will name the babies Elizabeth and Diana, but “nothing is set in stone just yet.” The story concludes with a source saying “Harry wants the Queen to spend quality time with them.”

According to Gossip Cop, this story is bogus and based on an impossible amount of information. She isn’t carrying two babies in her belly. She revealed in her interview that she is expecting a baby girl but didn’t tell the number of babies.

The source is obsessed with royal twins as they claimed earlier that Kate and Eugenie were also carrying two babies. And it was untrue. Another claim they made was that she was six months pregnant and it was untrue.