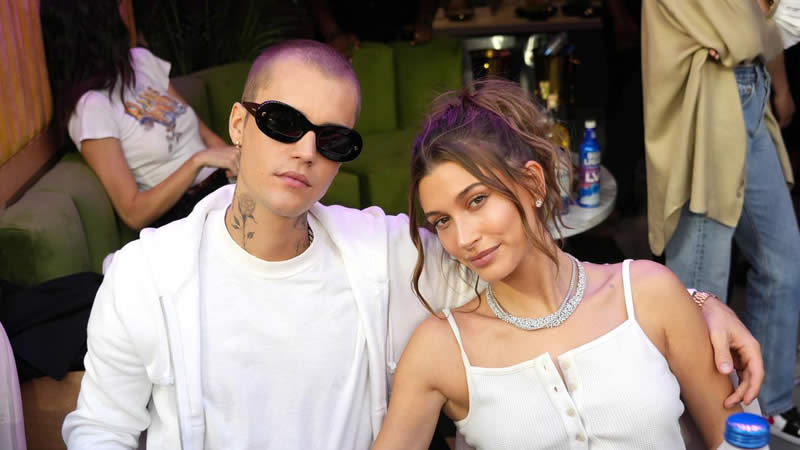 This isn’t the first time fans have taken it upon themselves to speculate that Justin Bieber and his wife are pregnant.

When such a rumor began to circulate on social media following the 2022 Grammys, Hailey took to Instagram to clarify if she was really pregnant.

She isn’t the only celebrity to be subject to discussions surrounding possible pregnancy. Kourtney Kardashian has also been in the news following her Grammys appearance after fans were convinced she is pregnant.

Justin and Hailey’s red carpet appearance and the PDA that it came with was something fans were pleased to see.

The Peaches singer wore an oversized grey Balenciaga blazer and pants, and a white top paired with a pink beanie.

Meanwhile, Hailey chose a much more subtle look, opting for a white Siant Laurent gown, with her hair tied in a loose braid.

On seeing Hailey in an outfit that apparently “distracted” her belly, fans assumed that she was pregnant and was trying to hide her baby bump underneath that.

NO, SHE ISN’T PREGNANT
Lately, Hailey has been more vocal about her opinions than ever before and rumors about her supposed pregnancy didn’t sit well with her.

A post on Instagram read: “Fans are convinced Hailey Bieber is pregnant after she walks Grammy’s red carpet in flowing gown with husband Justin Bieber.”

An annoyed Hailey responded in comments under the post by writing: “I’m not pregnant, leave me alone.”

Hailey’s fans have shut down rumors surrounding her pregnancy while also slamming Twitter users for spreading false information about her personal life solely based on what she wore for an event.

One tweeted: “I can’t believe media outlets STILL if a woman (Hailey Bieber) is pregnant based off ‘what looks like a bump.’ Bloating? Period? None of your business? If they wanted you to know they’ve conceived, they’d tell you. Otherwise, don’t ask or ‘speculate.’ So degrading.”

“Why does she have to be pregnant every time we see her? I don’t get it. Ugh. People just need to stop. If it’s not one thing, it’s another. That’s not cool. Poor J & H,” wrote another.

Another fan tweeted: “Where do they come up with this stuff when he’s on tour and she said no babies this year”