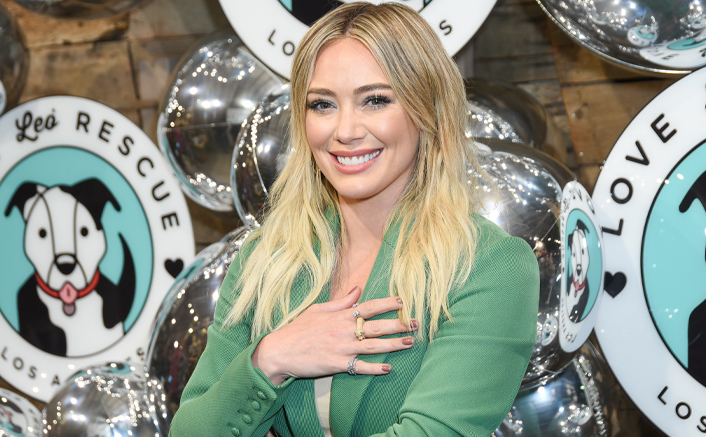 Hilary Duff is expecting her second child with husband Matthew Koma. A while ago, the couple made the announcement on their official Instagram accounts and took the internet by storm. Meanwhile, the Lizzie McGuire actress just got s*x schooled by Dr. Sherry Ross with Sarah Hyland and Ashley Benson.

Haha, yes. The three actresses spoke to Dr. Sherry in one of the episodes of the digital series called ‘Lady Parts’ where they discussed their own experiences with s*x education.

Ashley Benson started the conversation and said, “I remember just watching a film and that was kind of it. I mean, I went to a Christian school growing up and so it wasn’t really explained in the right way, in my opinion. I think a lot of things were kind of hidden, and they only made you pay attention to certain things. So, I don’t feel like I had the proper s*x education at all. And I just kind of just learned from my older friends about everything and that’s who I asked questions to.”

Adding to the same, Hilary Duff revealed the misconception she has had in her younger years and said, “Well, I thought the first time you have s*x you’re going to get pregnant.” Haha, every girl would relate to this, we guess!

The Pretty Little Liars alum recalled the same misconception that she had and said, “I thought if you’d get fingered you’d get pregnant. I mean, anything touching your vagina I was like, ‘I’m going to get pregnant,’ you know what I mean? I just thought anything there I’d get pregnant. So, I was always terrified.”

Talking about s*x awareness, Hilary Duff continued, “one thing that’s a bummer that people don’t really talk about when you’re younger is that s*x is for pleasure, too—not just about being in love.”

The Lizzie McGuire actress further added, “Like, you’re having a lot of different feelings in your body and a lot of people are, like, ready at different times. I guess I never got taught that it was about, like, feeling good and connecting with someone. And you know, I think as a young girl you get taught, ‘Well, you want the guy to feel good’ or something, and that’s really a terrible mentality to go into, like, starting to have s*x with.”

Agreeing to Hilary Duff, Sarah Hyland added, “That’s probably the biggest misconception that we all had as young women. Because I do remember, ‘It’s pretty much all about the guy. I’m not going to get anything out of it. But this is much shorter than I thought it was going to be—the time.’ Every time. I was like, ‘They look like they’re doing it for hours on the television. I don’t understand.’”