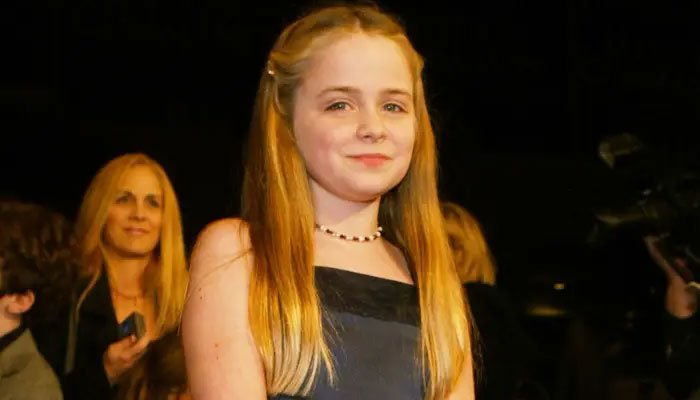 After Disney’s most popular series Hannah Montana came to a close, Miley Cyrus changed path from acting to singing and emerged as a popular singer.

But, one of her co-stars did not want to stay in the showbiz world. This was Morgan York.

Hannah Montana actor Morgan York, in a TikTok video, responded to the question of why she quit acting after a successful career as a child star.

The 28-year-old Hannah Montana star had already performed in several films before joining the Disney show. She did not see herself as an actor while she grew up.

So, Hannah Montana became her final project. She quit acting while she was 17 years old. One of her followers on TikTok asked her: “Do you miss acting?”

In a video she posted on TikTok, Morgan York said, “No. I am going to go into this a little bit more because the question I am asked the most is: ‘Why did you quit acting?'”

She moves on to give her reason for leaving acting. “I started acting when I was nine, and from the beginning, my mom told me, ‘The second this becomes not fun or you want to stop, you can stop,'” she explained. “I never expected it to be a lifetime thing. I even remember as a kid trying to imagine myself as an adult actor and just not seeing it. I saw myself stopping acting at the very least when I started college and then just never going back.”

Then, Morgan York recalled her mother’s advice and shared it with her followers. “It wasn’t fun anymore,” she said in the video. “My passion for acting did not outweigh all the costs, like all the time you have to spend away from loved ones on sets and the constant scrutiny from people watching you.”

Morgan also reveals what she is really passionate about. “My passion for writing fiction, which existed as long as my passion for acting, was just much stronger, and it was something I preferred,” she said on TikTok.

She also responded to another question if she meets her Hannah Montana co-stars. She said she does not meet them.

“A lot of people think of me as famous because I have worked a little bit in movies and TV,” she said. “And I see how it looks like that from your perspective. But from my perspective, I have never thought of myself as famous. I wasn’t in that much relatively speaking. I can go about my life. Most people don’t know my name.”

“The only way I could have really interacted with any of my Hannah Montana co-stars at this point is on social media,” she continued. “I follow all of them, and I don’t think any of them follow me, which, that’s fine. They are famous.” York said that “it’s not personal,” and they might not even realize she follows them. “So, I haven’t spoken to any of the Hannah Montana cast since 2010.”