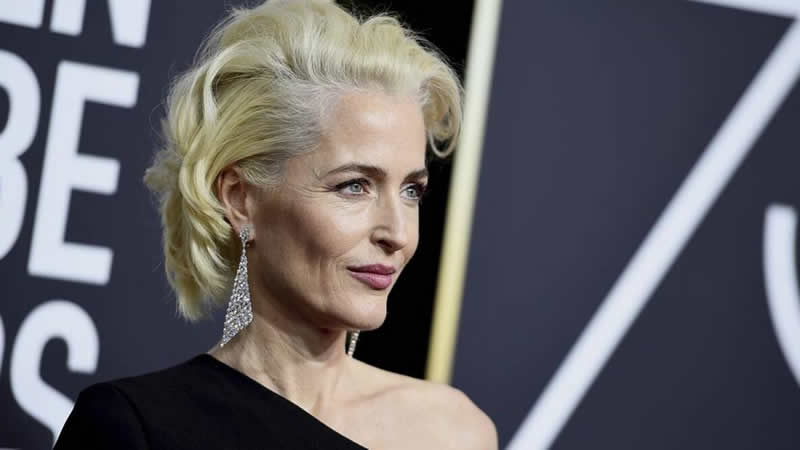 S*x Education star Gillian Anderson sent her fans into hysterics with the posting of a very naughty looking pepper yesterday.

The 52-year-old posted a snap of an orange bell pepper cut in half, revealing a smaller pepper growing inside that looked like a man’s genitalia.

The post went down a storm, gaining almost 150,000 likes and fans flocked to the comments to express their amusement at the funny post.

One fan said: “Dr Milburn is coming back to us and I love to see it”.

“Well I wasn’t expecting that”, said a third.

Streaming platform Netlfix, who produces Gillian’s show S*x Education, took the opportunity to write: “Orange you happy to see me”.

The move was very reminiscent of the star’s role as S*x therapist Dr Jean Milburn on S*x Education, who is the mother of the main character Otis.

Back in season one, the actress shared a deleted scene that showed her demonstrating how to perform a S*x act on a courgette, before picking up a tomato as the clip cuts out,

She captioned the cheeky video, “Should have seen what I did with the tomato. #bts @S*xeducation @netflixuk”.

Many fans thought that the picture was a sneaky hint from Gillian to suggest the third season of the breakout show could be on its way.

Eagle-eyed fans have become convinced the series has finished filming after discovering a snap of a member of the show’s production team in front of the fictional school from the show’s set.

The caption of the pic said: “Ant that’s a wrap!”, leading to fans’ hopes to be raised that the hotly-anticipated new episodes may soon be released.