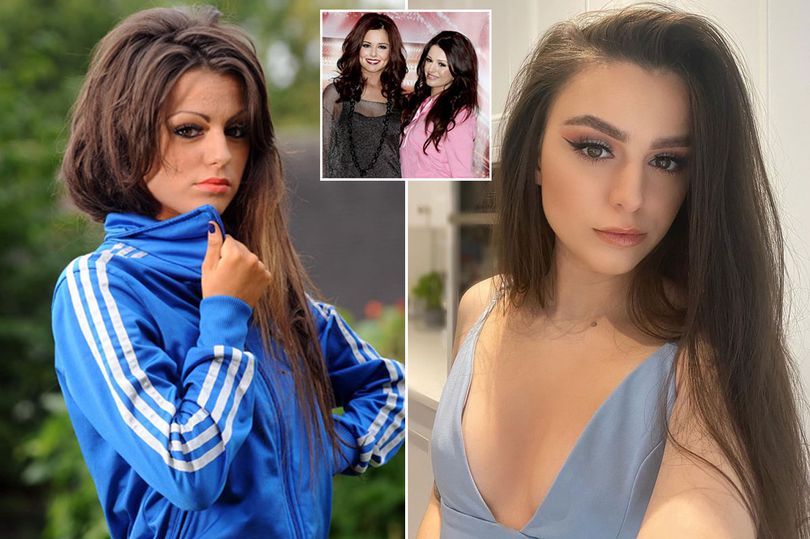 Cher Lloyd was just a slip of a 16-year-old when she shyly introduced herself on the X Factor before launching into one of the most memorable auditions of all time.

With a surprising amount of sass and style, the schoolgirl from Malvern, Worcestershire gave a fierce performance of Soulja Boy’s Turn My Swag On and earned herself judge Cheryl Tweedy as a mentor.

“You are right up my street,” a floored Cheryl said, kicking off a mentorship that started with a beautiful friendship but ended in a very public slanging match.

And despite her obvious talent, Cher’s time on the show was tragically overshadowed by alleged tantrums that saw her branded the ‘most hated teen’ in Britain – a brutal label that would take her a decade to shed.

The tide of public opinion first turned when Cheryl controversially put Cher though the Boot Camp stage to the detriment of favourite Gamu Nhengu.

Rumours of backstage strops began to fly, and Cher was forced to perform in Cheryl’s heels after she admitted having an epic meltdown over her X Factor outfit.

“I had a bit of a meltdown earlier in the week,” she told X magazine at the time, “But I just couldn’t go on stage in something I felt uncomfortable in.’

Judge Louis Walsh branded Cher, now 27, “too big for her boots” and she was even cruelly booed off the stage at V Festival.

“I was a beast! Everyone hated me,” Cher admitted to Fabulous magazine in 2012.

“I was young and foolish. Part of me was trying to show I was strong enough to do it, and then I think it all got too much for me.

“I was angry with the way I was being edited and because of that I turned into this horrible person, with a terrible attitude.”

Things only got worse when she was eliminated in the first round of the finals and went on to accuse Cheryl of abandoning her.

“I didn’t have her mobile number to begin with. I’ve got more chance of winning the lottery than catching up with her,” Cher said on the release of her hit single, Swagger Jagger.

And asked if she’d do a duet with Cheryl, she then made a barb about the Girls Aloud star using autotune and challenged her mentor to sing live with her.

Needless to say, Cheryl was raging and tweeted: “Be Careful who you kick on your way up .. They kick you twice as hard on your way back down.. #unappreciationisugly.”

Cher quickly back-tracked, admitting on ITV’s daybreak that she ‘shouldn’t have’ gone in on the Geordie star.

“I just want to say sorry to her if she found that offensive. But at the end of the day, she is the
person who got me to where I am today,” Cher said, eating a hearty helping of humble pie.

She added: “[Being young] is not an excuse, I should still be on top of it. I’m in the public eye now, so word vomit is not good!”

Cher then moved to the States in 2012 and achieved a number 12 hit on the Billboard Hot 100 chart with Want You Back.

Her second US single Oath only reached number 73 and in 2014 she split with her American label Epic amid claims she was unhappy about the delays with her second album, Sorry I’m Late.

Meanwhile, she’d met and fallen in love with London hairdresser Craig Monk, who she married in a secret ceremony in November 2013 aged just 20 and after less than a year of dating.

And appearing on Loose Women in 2019, she gushed about their idyllic relationship.

She said: “I got married when I was 20, you know when you grow up and dream of that fairy tale of course we’ve had our ups and downs, but honest it is like a fairy tale with me and him.

“We lived [in Los Angeles] for a while, that was like a dream, fortunately we went over I had one suitcase and I thought I was just going for a bit of promo, and we ended up staying there about three or four years.”

After moving back to the UK, they lived a simple life, renovating a house in Essex to sell on and welcoming daughter Delilah-Rae in May 2018.

These days, Cher is a completely different person – so much so that she refuses to perform Swagger Jagger because it reminds her of her “angry, afraid” self.

“I’m mother to a little girl. I’ve released two albums and I’ve got a top 10 hit in America. I’m not ‘the most hated teen’, I’m 26 years old! We’ve moved on!” she told the Guardian last year.

She’s now hoping for a second stab at success and her singles None of My Business and M.I.A were positively received.

And in terms of where she’s at with Cheryl – the former buddies did exchange well wishes upon their respective marriages and in 2016, Cher told Loose Women they’d buried the hatchet ‘ages ago’.

However, that doesn’t mean they’re back to being the inseparable pair they once were, with Cher admitting they are not in touch with each other.

“I haven’t heard from her in a long time, she’s so busy with the baby. She’s got baby!” she told ITV’s Lorraine, referring to Cheryl’s three-year-old son Bear.

As for her reputation, Cher says that is something she’s trying to take ownership of and work past.

“Looking back I can see why people thought I was a nightmare and I’m totally embarrassed,” she told the Guardian.

“That’s one of the hardest things for me to deal with because that’s my past and you’ve sort of got to look at it as a huge learning experience. It’s literally like taking your trousers down and doing a p**s in front of the world.”