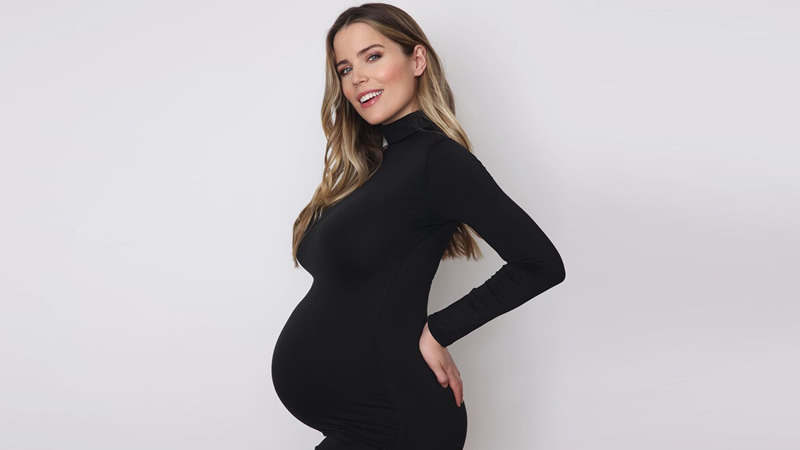 Please join us in congratulating GENERAL HOSPITAL actress Sofia Mattsson on her pregnancy! When her character of Sasha suddenly wound up pregnant from her night with Brando, fans wondered if the soap was writing in her real-life pregnancy, and it turns out they were!

“Big things happening!” the actress announced on Instagram. “So happy and excited to finally share this (almost ready to pop) bump with everyone!”

And it turns out she kept quiet about her wonderful news for the viewers! “Kept it a secret for a while to not spoil anything for GH viewers,” Mattsson revealed, “but now that Miss Sasha Gilmore’s pregnancy is in full force, I can finally share that I’m so grateful to be sharing this pregnancy journey with her!”

Mattsson and her husband, actor Thomas Payton, recently celebrated their fifth anniversary, and are over the moon to be preparing to welcome their first child together.

The actress hasn’t revealed whether they’re expecting a boy or a girl, and she didn’t mention a due date, but it sounds like it’s coming up soon!

The comments on her Instagram post were filled with congratulations and well-wishes from fans as well has some of her GH castmates. Eden McCoy (Josslyn) called her a “pretty mama,” and Johnny Wactor (Brando) declared: “So beautiful, Sofia, and very excited for y’all!”