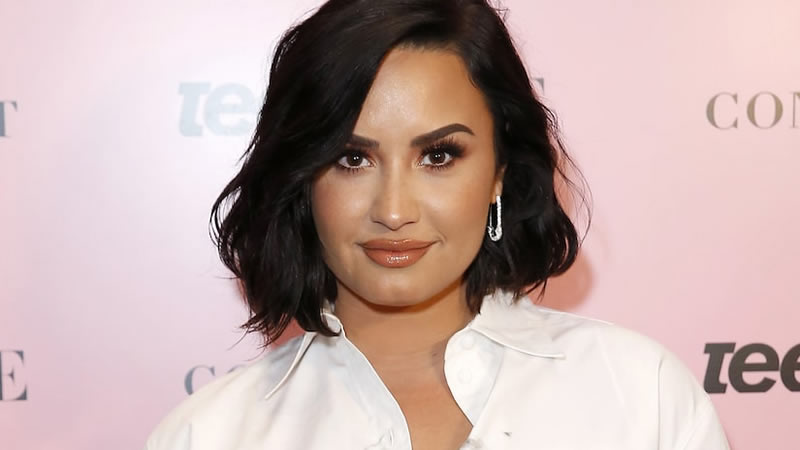 Demi Lovato has recently revealed her new tattoo to fans which comprises some heartfelt lyrics from the song ‘Infinite Universe’ of the group Beautiful Chorus. Taking to Instagram, the singer and songwriter flaunted her new tattoo, stating that the inking is exactly what they had asked for, and that ‘it’s perfect.’

The tattoo has been inked in Lovato’s left hand in all capitalized letters. “Love will live forever on the Infinite Universe,” read the line on Demi’s hand. Demi has also inked small shooting stars, the crescent moon, and the planet Saturn along with the lyrics in the middle. They thanked the tattoo artist and revealed that the tattoo was all they had asked for.

Demi also posted a picture flaunting her newest tattoo. The singer reportedly has 22 tattoos, including a feather behind her ear, a ‘stay strong’ tattoo, a ‘peace’ tattoo, ‘lips’ on her wrist, and the most popular ‘butterfly’ tattoo on her neck, among others. The newest addition also holds a special meaning for Lovato who adores the lyrics that have been inked on them.

Earlier, the singer had also come out as non-binary, explaining that her pronouns have been changed to they/them. During an interview with The 19th, via ET Canada, they also opened up on being her ‘most authentic self’ post-split with ex Max Ehrich in September 2020.

4 Reasons Why Cellulite can not be Treated