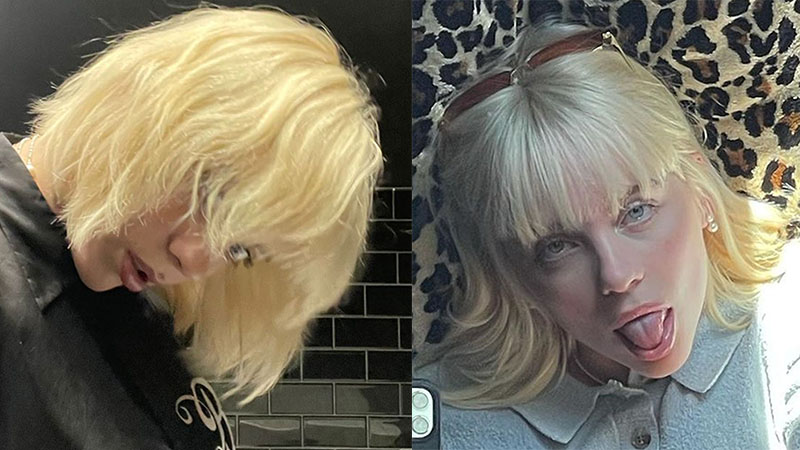 US singer and songwriter Billie Eilish took to Instagram to share photos and videos of herself featuring a new look. The 19-year-old singer who recently went blonde flaunted her new short bob in the posts.

Eilish also revealed how it was inspired by her mother’s look as she shared snaps of her mother sporting the same hairstyle and wrote, “Like my Mama” and the resemblance is truly uncanny.

Taking to her Instagram story, Eilish shared a mirror selfie that showed her new significantly short haircut. In the next story, Billie shared an old picture of her mother, Maggie Baird in a similar look. Billie later sharing a video of herself tossing her hair and flaunting the blonde bob wrote, “I love it.”

Billie’s new look is already receiving a lot of love from fans and a few even commented calling her, “Billie Bob Billie.” Soon fans also shared their excitement about the MET Gala’s date coming near and whether her new hairstyle will play a key role in her look for the special event.

For the unreversed, Eilish has been named among the co-chairs for the fashion extravaganza event including Timothee Chalamet, Naomi Osaka, and Amanda Gorman. Also, Tom Ford, Adam Mosseri, and Anna Wintour will be serving as honorary chairs for it.

Eilish who recently released her new album, Happier Than Ever last month has been enjoying great success with it already as her album is currently spending its third week at No. 1 on the Billboard 200 chart. Billie is also gearing up for Happier Than Ever: A Love Letter to Los Angeles, a concert experience that will premier on September 3 on Disney+.