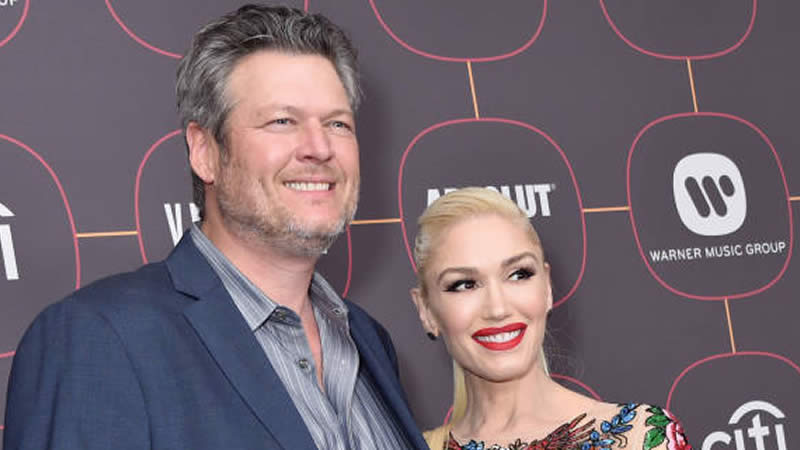 Cooking for Christmas! Blake Shelton revealed some of his and Gwen Stefani‘s favorite holiday traditions — and the couple is big proponents of the culinary arts.

“Gwen and I, our tradition has become cooking during Christmas — and not just like your normal, typical [dishes],” the country singer, 46, explained in Us Weekly‘s exclusive clip from NBC’s Christmas in Rockefeller Center special. “But we always challenge ourselves and try to come up with a different, weird, complicated, difficult thing to cook every year. It started one year [when] she wanted to do a beef Wellington, which is not easy, by the way.”

The Oklahoma native explained that he and the No Doubt frontwoman, 53, try to do “something weird and new” every year. “Gwen’s family, there’s a lot of Italian blood in her family,” Shelton added. “And so there are tons of pasta and there’s a reason that I have had a chin like a stork the last five years. It’s because I’m hanging out with the Stefanis now.”

Though the couple — who tied the knot in July 2021 — have collaborated on several duets, the “God’s Country” singer revealed that cooking with his wife is much easier than making music together. “Singing with Gwen is way harder than cooking with her,” he explained. “Cooking is easy for us because neither one of us really know what we’re doing, and all we do is laugh the whole time. With music, we actually take [it] seriously.”

Fans can catch the duo’s latest collaboration on Christmas in Rockefeller Center, which airs on NBC Wednesday, November 30. The twosome is scheduled to perform alongside musicians including Jimmie Allen, Katharine McPhee, Dan + Shay, Mickey Guyton, Alicia Keys, and more.

The two-hour special — cohosted by Savannah Guthrie, Hoda Kotb, Craig Melvin, and Mario Lopez — will also include a performance by the Radio City Rockettes and a bit by Amy Poehler and Maya Rudolph.

In between musical numbers, the performers will share some of their favorite holiday traditions and explain what Christmas means to them. Stefani, for her part, asked her husband what Christmas feels like to him, and he had an adorable response: “You.”

Meghan Markle takes swipe at Royal Family with the cryptic statement: ‘oh I didn’t mean it like that