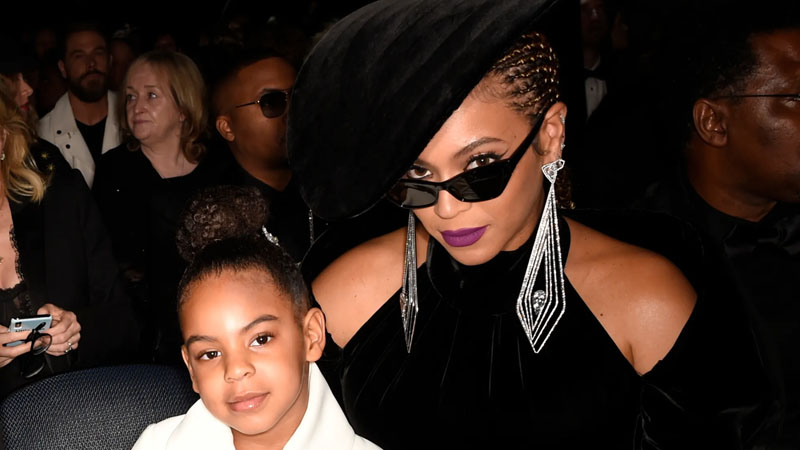 Beyoncé has long established herself as an interplanetary megastar. And her eldest daughter Blue Ivy Carter seems to be the heir apparent. But now the Formation maven appears to be grooming all of her children for life in the worldwide spotlight.

Beyoncé is delighting her multitude of fans by starring in a new commercial that includes all three of her children. This won’t be new to Blue Ivy, 9, whose innate magnetism makes fans swoon every time she makes a public appearance.

But this will be the debut public appearance for Queen Bey’s 4-year-old twins, Rumi and Sir Carter, as the mogul matriarch and her brood appear together in her first Ivy Park Kids launch, Rodeo Kids, for Adidas.

In the video, Bey, 39, and her children floss cow prints and Western-inspired clothes. Beyoncé and Blue, in particular, dazzle as they are “twinning” in matching cowboy outfits.

The 35-second commercial, which was unveiled on Wednesday, Aug. 11, 2021, and has already been viewed hundreds of thousands of times, also features the twins in matching cow-print leggings and purple sweatshirts.

Fans are drinking down the images with delight.

“I love this drop, all these cute kids, Blue and Sir are growing beautifully, love how queen B looking so happy & fresh,” said one fan who watched the YouTube video.

Another person added that Queen Bey “is glowing and looks beautiful happy to see her babies .”

A third commenter is awed by Blue’s growth but sad all the same. “Had to slow it down to catch all the cute babies and chirren blue is getting so tall! She growing upon us .”

5 Habits that Give You Acne

Monica Bellucci with her daughters Deva and Leonie in Portofino