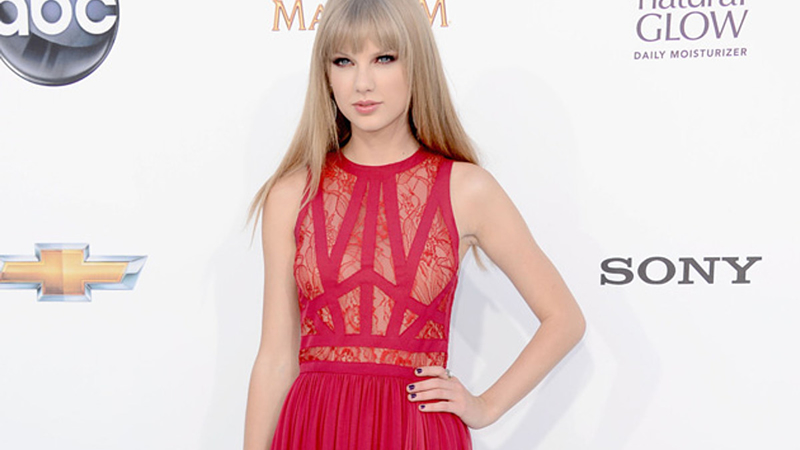 Curly blonde hair, cowboy boots, glittery guitars, long gowns and princess dresses can make you think about few female American singers but if we talk about grabbing loads of awards just at the age of 20 than there is no confusion about the name that pops up in anyone’s mind and that is ‘T-swizzle’… THE ULTIMATE TAYLOR SWIFT!

Taylor swift is a multi-Grammy Award winning American, in 2010 and at the age of 20, became the youngest artist in history to win the Grammy Award for Album of the Year. Not only this, but in 2011, Swift was named Billboard’s Woman of the Year. Additionally Swift has been named the American Music Awards Artist of the Year, as well as the Entertainer of the Year for both the Country Music Association and the Academy of Country Music, among many other accolades. As of this writing, she is also the top-selling digital artist in music history.

Born on 13 December 1989 in Reading, Pennsylvania, Swift spent most of her childhood on an 11 acre Christmas tree farm. Her family moved to Wyomissing, Pennsylvania, when she was age 9. When she was 12, she wrote her first song ‘Lucky You’. At that time, no one knew that the song would actually get lucky for Swift. Because it was then, when she realized her passion about music. Swift’s family moved to Nashville when she was age 14 and once she was in Nashville, Swift secured an artist development deal with RCA Records.

Swift left RCA Records when she was age 15 because she was ready to release an album using her own material, while RCA wanted her to record the work of other songwriters and wait until she turned 18 to release an album. At an industry showcase at Nashville’s The Bluebird Café in 2005, Swift caught the attention of Scott Borchetta, a Dreamworks Records executive, who was in the process of forming independent label Big Machine Records. Swift was one of Big Machine’s first signings.

‘People haven’t always been there for me, but music always has‘, is one of the personal quote of Swifty which shows that music is her passion. Her thoughts have always been very different from the teenage school going girls. Taylor thinks that there’s more to life than dating the boy on the football team.

Taylor has a very different feel in her songs. She mostly talks about her life and exes in her songs and there is a whole story telling in her songs.

Awards and Achievement For Taylor Swift, The American Beauty:

These are just the highlights of her achievements. There is a lot more than this!!

Taylor Swift will release her fourth studio album, Red, on October 22nd, 2012. So all the fans of Taylor Swift, Be ready to Grab RED in October!