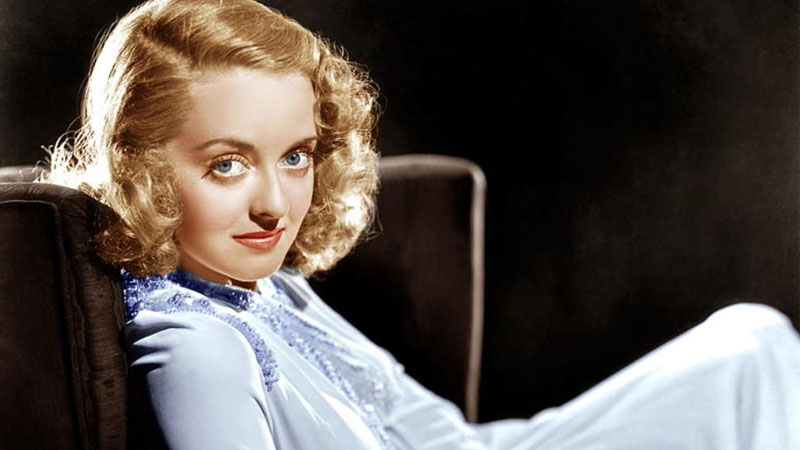 One of the most beautiful Hollywood actresses, Bette Davis was born on April 5, 1908, in Lowell, Massachusetts USA. In a long span of sixty years, Bette Davis enjoyed an amazing career in films and won two Best Actress Academy Awards and was a finalist for eight others. Her real name Ruth Elizabeth Davis stepped in the acting field by making her Broadway debut on stage in 1929. The very next year, She made her way to enjoy the glamour of Hollywood.

Bette Davis began her film career as a contract player for Universal, but she achieved success when she signed a seven-year deal with Warner Brothers in 1932. After her wonderful appearance in “The Man Who Played God”, She became an overnight star.

Later in 1934, her strong performance in “Of Human Bondage” led to her first Academy Award nomination. Bette Davis enjoyed the triumph at Oscars as Best Actress for her roles in “Dangerous” (1935) and “Jezebel” (1938).

All of these accolades helped Bette Davis in establishing herself as one of the greatest Hollywood actresses of her time. Though Bette Davis continued to make several movies a year from the 1930s to the mid-1940s, her declining film career received a boost from her performance in “All About Eve” in 1950. The role of Margo Channing, an ageing actress, gave another chance to Bette Davis to prove herself on the big screen.

In 1977, Bette Davis received the AFI’s Life Achievement Award and in 1979 she won a Best Actress Emmy for “Strangers: The Story of a Mother and Daughter.” In the later part of her career, Bette Davis played a variety of roles and appeared on various films. Though her appearance and mobility were impaired by the stroke, but Bette Davis worked in the later 1980s in films and TV series.

During her recovery from stroke, she also wrote “This N That.” Her last book was “Bette Davis, The Lonely Life” issued in paperback in 1990 which included an update of 1962 to 1989.

The wonderful beauty icon Bette Davis passed away from cancer on October 6, 1989 in Neuilly-sur-Seine, France. Bette Davis was married four times and shared a daughter with her third husband, William Grant Sherry. While wedded to Gary Merrill, she adopted two children, Margot and Michael.

With more than 100 films on her credit, She truly deserved the nickname “First Lady of the American Screen”. To honour her contribution and talent, the Bette Davis Foundation was established by her estate which provides scholarships to up-and-coming actors and actresses.