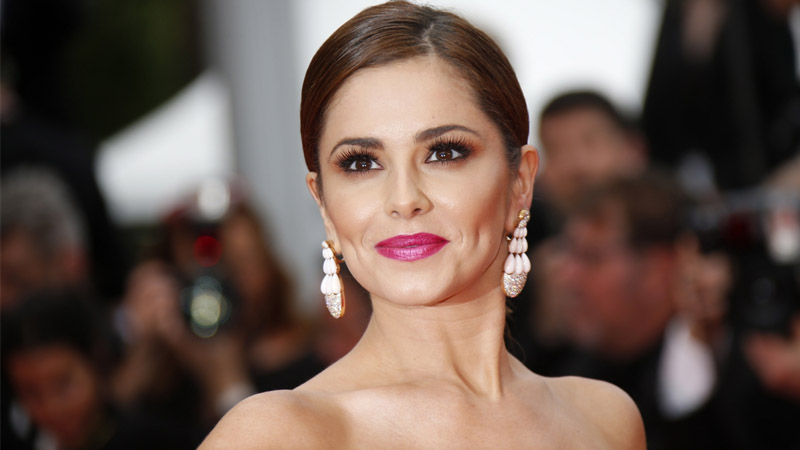 Cheryl Fernandez-Versini used her return to X Factor this year to make a sartorial statement. After a four-year hiatus from the talent contest, Cheryl returned to our screens – along with a new surname and whole new look – and successfully stole back her style crown.

And now, the singer’s efforts have been recognised; she has been crowned biggest Beauty Icon of 2014, usurping the crown from the Duchess of Cambridge, who held the top spot since 2011.

Cheryl, who this year made a triumphant return to X-Factor and secured her fifth number one single, took 30 per cent of the vote in the poll that tracks celebrity beauty looks. Kate, 32, came a close second, while former Coronation Street star Michelle Keegan, last year’s number two, Holly Willoughby and Hollywood royalty Angelina Jolie completed the top five. The newly unveiled face of L’Oreal and champion for ageing gracefully, Dame Helen Mirren just missed a place in the top five, while Emma Watson, Beyoncé, Nicole Scherzinger and Jennifer Lawrence rounded off the top ten in the survey of 2,000 British women. The study saw Pixie Lott waltzing her way into the top 20 for the first time perhaps thanks to her Strictly Come Dancing success. Other stars to appear for the first time this year included X Factor stars Mel B and Fleur East and YouTube sensation Zoella, who made her debut at number 45. Movers and shakers on the list include Rihanna, up nine places from last year to number 11, and Kim Kardashian, who leapt ten places to number 14.

A spokesperson for Superdrug, which commissioned the annual survey, said: ‘What a great year Cheryl has had, newly married, chart-topping hits and now beauty icon of the year. ‘Our customers definitely take their cues from Cheryl, she’s a natural beauty not afraid to try the latest beauty trends and always looks completely polished. ‘In fact our customers are so inspired by her that her debut perfume, launched earlier this year, has already secured itself as our number three bestselling celebrity scent.’

So how did Cheryl secure her position? With the help of a carefully curated ‘dream team’ of experts, that’s how. One of the most important members of Cheryl’s glam squad is Paul Percival – one half of hair styling power duo, Percy & Reed. Their client list includes Sophie Dahl, actress Diane Kruger, Agyness Deyn, Anna Friel – and now Cheryl. Paul, who also tends to the tresses of Rita Ora and Mark Ronson for their VIP appearances and magazine shoots, worked backstage with the singer every weekend and was on hand between takes.

His signature clean, modern style has made him a backstage fashion week favourite and Cheryl – who married husband Jean-Bernard this year – has benefited. Speaking to FEMAIL about working with the pop icon, he said: ‘I have worked with Cheryl a few times over the years on different projects. ‘We both had big ideas about what we wanted to achieve this season. The main thing was that we wanted to create lots of different looks that were alternative, versatile and cool, rather than the hair being played safe all of the time. It was a really collaborative effort.’ Always head of the game trend-wise, Paul and Cheryl championed the sleek ponytail a lot on the show, which, he says, is one of the easiest hair styles to recreate. In terms of big news for 2015, he thinks what he calls ‘Up Cuts’ (similar to the ‘Short and Sharp’ look), will be big news. ‘It’s just about creating shorter, sharper detailed silhouettes when putting the hair up,’ he said. Paul, who says he aims to create products with personality and a comfortable salon where egos are left at the door, added: ‘Working with Cheryl is such a pleasure.

She is never afraid to try new things and it’s a real collaborative partnership.’ ‘My favourite thing about working with Cheryl is that she has fantastic eye to detail. Plus, Cheryl knows what she likes and what she doesn’t but she’s fearless when it comes to trying out new styles.’ Despite the show finishing, this isn’t the end of Cheryl and Paul’s creative relationship.  He revealed: ‘I‘m looking forward to seeing Cheryl’s new music video we just shot. Percy & Reed are also in the process of producing some very exciting new products but it’s a little too early to share yet. Cheryl also enlisted the help of make-up artist to the stars, Karin Darnell.  Karin, who trained at the London College of Fashion, has worked on editorials for Vogue, Elle, and Vanity Fair, and campaigns for Burberry, Topshop and Marks & Spencer. She has also worked with the Sugababes, Rihanna, Victoria Beckham, and singer Anastacia.

Sharing her top tips for achieving Cheryl’s look with Yahoo!, Karin suggested going one shade darker with your foundation and apply it with a flat foundation brush. Despite Cheryl’s healthy glow, Karin admits she doesn’t use bronzer and instead opts for a concealer two or three shades darker than the singer’s skintone, which she pats under and on to cheekbones. The beauty buff certainly uses products in unconventional ways. She applies bronzer on the chin to make lips look bigger, uses nude lipsticks as concealers, gold eyeshadow pencils as bronzers and white eyeliners as highlighters.

To beat Cheryl’s bags and dark circles, Karin uses Vichy Dermablend Ultra Corrective Cream Stick, which she applies in a triangle shape under her eyes. She also swears by applying lipstick before lipliner and to create Cheryl’s full but natural brows, she uses a brown pencil from the bottom inner corner of the brow up to the top point, before filling the brows with eyeshadow. Another one of Karin’s tricks is to slather Benefit’s Bathina Body Balm on Cheryl’s face and Scott Barnes Body Bling in Original over her skin to give her a bronzed glow.