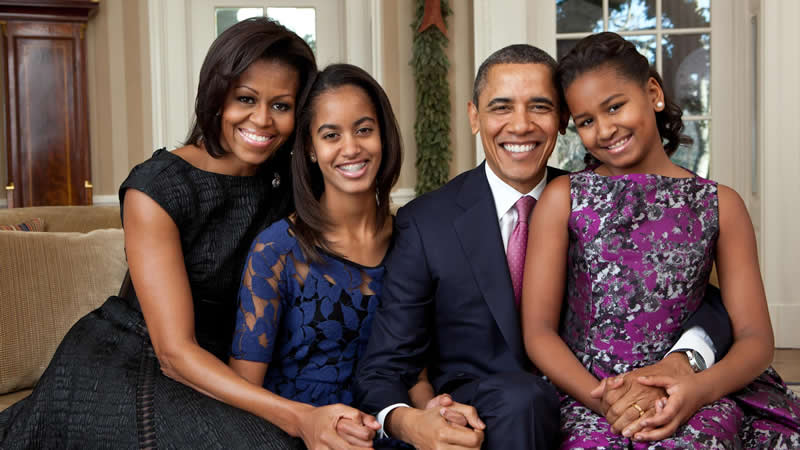 In that interview, he revealed that: “They don’t have an attitude that was what I and Michelle were worried about the most and I write about this in the book when I talked about running, are we going to end up with weird kids? “And Michelle and my mother-in-law were very good with saying ‘Listen, you have to make your beds, you have to wake yourselves up’.” Barack also spoke regarding, how proud he was of his daughters and how he wanted to protect them from the inspections that would come from him holding a high office.

“They have just turned in exceptional young women,” he told. “I could not be prouder of them, not because they’re smart and accomplished, but they’re just kind people.” Especially now that he didn’t have to worry about every story in the newspaper had said that former politician also revealed on life now that he was no longer president, joking that it was “pretty darn good”.

“So, there’s less stress, less burden. I get a lot more time with Michelle.” The former president Obama joked his wife now found him a “little more sexy” “On the campaign trail in 2008, we promised our daughters that we would get a puppy after the election. At the time, Bo was supposed to be a companion for the girls.

We had no idea how much he would mean to all of us,” she proceeded with saying that: “For more than a decade, Bo was a constant, comforting presence in our lives. He was there when the girls came home from school, greeting them with a wag.

“He was there when Barack and I needed a break, sauntering into one of our offices like he owned the place, a ball clamped firmly in his teeth. He was there when we flew on Air Force One, when tens of thousands flocked to the South Lawn for the Easter Egg Roll, and when the Pope came to visit.

“And when our lives slowed down, he was there, too helping us see the girls off to college and adjust to life as empty nesters.” Michelle went on to share how the past year had made Bo “happier” as “all his people were under one roof again.” Sadly, at the time of his death 12-year-old Portuguese water dog had been battling cancer.

In a heartfelt post, Michelle broke the news online about emphasized many pictures of Bo with the Obamas throughout the years. After that Michelle shared views regarding the sadly incident: “This afternoon was a difficult one for our family. We said goodbye to our best friend our dog, Bo after a battle with cancer,”