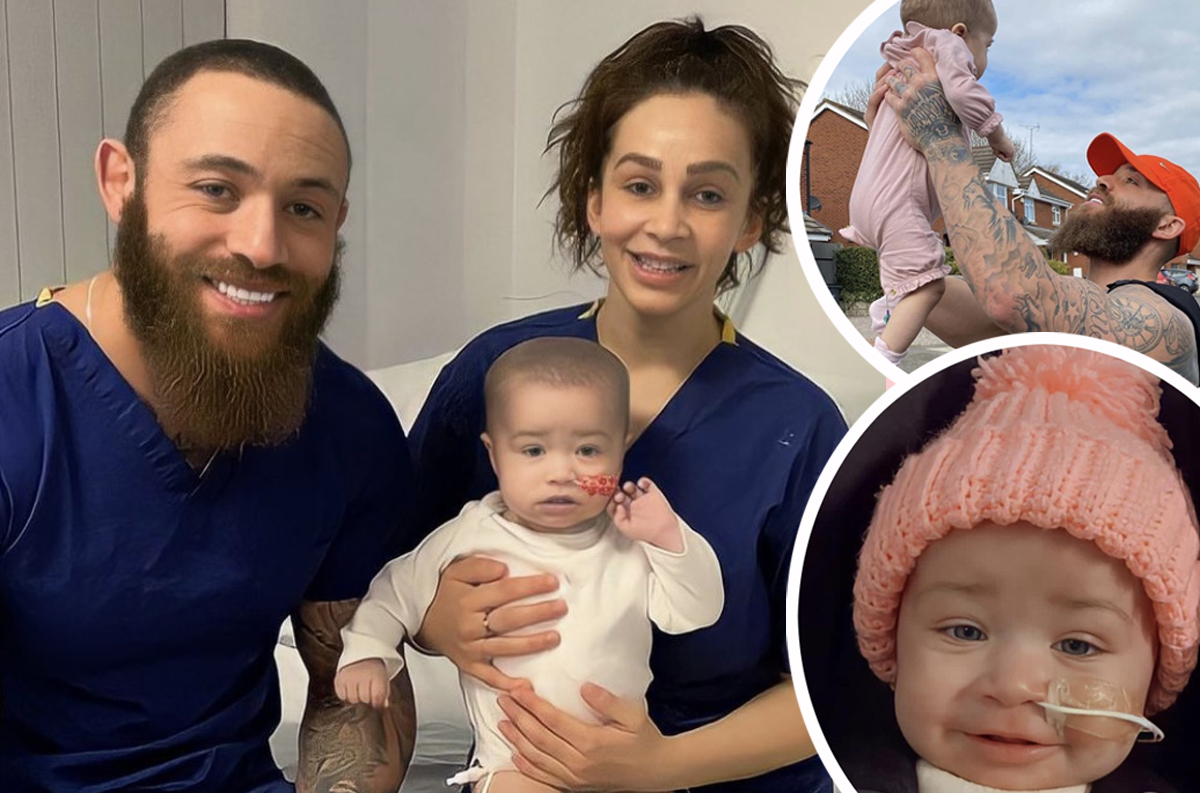 The Challenge alum Ashley Cain and girlfriend Safiyya Vorajee’s 8-month old daughter Azaylia Diamond has passed away after battling cancer for most of her tragically short life.

The 30-year-old British reality star and former soccer player revealed the news on Sunday, April 25, on Instagram, writing alongside a photo of him holding the infant, “Rest In Paradise Princess,” and adding an angel baby and rainbow emoji.

“I will always hold you in my heart until I can hold you again in heaven,” he continued, “#AzayliaDiamondCain.”

Azaylia Diamond Cain was born August 10, 2020, to parents Cain and partner Safiyya. Cain, a former Coventry City soccer player in England, documented Azaylia’s life on Instagram as she underwent treatments after being diagnosed with Acute Myelogenous Leukemia (AML), according to the couple.

AML is a cancer of the blood and bone marrow, according to the Mayo Clinic. The term “acute” denotes the disease’s rapid progression. AML is rare, accounting for only about 1% of all cancers, according to the American Cancer Society.

Her parents, Cain and Vorajee, had raised more than £1.5m earlier this year to fund specialist treatment in Singapore.

“Right now I feel broken, scared and worried all of the time,” Cain wrote on Instagram at the time. “But I am finding strength in trying to be the best father I can be, no matter the situation, for her. That is the least she deserves and the most I can give her, the best me I can be. There is one thing for certain though, I couldn’t be a prouder dad and a more blessed human to have such an incredible daughter.”

Earlier this month, the couple learned tumors had spread to Azaylia’s brain, kidneys, liver, lungs and spleen, and the cancer had become too aggressive for chemotherapy to help. On Friday, nurses urged the family to “enjoy the weekend as they now think her body is slowly shutting down,” Vorajee shared in a heartbreaking post.

“So we will be now returning home with our beautiful baby to give her the best possible time left that we can,” she added on Instagram.

Azaylia had been given just days to live, and her parents had been making the most of their limited time with her, with Cain posting on Saturday that the family had taken a short stroller walk in the sun. The walk ended with Azaylia suffering a seizure.

“Shortly after these photos were taken Azaylia had a seizure. Her eyes rolled back, she stopped breathing and her body went as stiff as a board. We put her on oxygen straight away and called for the oncall nurses. After a few hours of close observation we managed to settle her. This has happened a few times now, but it never gets any easier. Yet she continues to battle through!”

In November, the couple – from Nuneaton in Warwickshire – had urged people to register as stem cell donors after being told their daughter needed a transplant.

It led to 41,000 people registering within 48 hours. But doctors had told them they wouldn’t be able to cure Azaylia, whose leukemia got worse despite a successful bone marrow transplant.