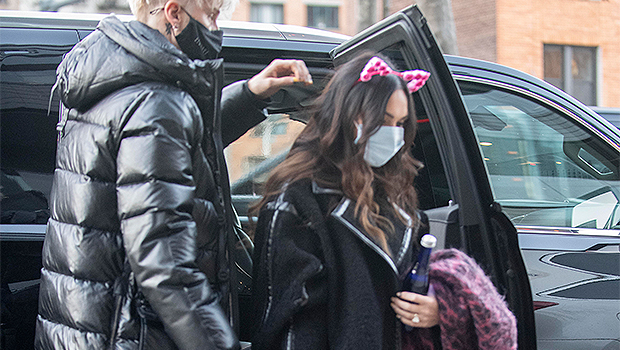 Months after they publicized their relationship, Megan Fox and Machine Gun Kelly seemingly made a move again.

On Thursday, the public spotted the love birds who were on their way to Saturday Night Live rehearsals in New York.

However, the huge new ring on the 34-year-old actress’ ring stirred speculations that MGK may already have asked her the question.

Neither of the two has spoken about it yet. But it is worth noting that they have been wanting to live together soon.

According to People magazine, the Transformers actress, reportedly, expressed her desire to finally spend the rest of her life with the rapper.

“Megan has planned to file for divorce for a while. She and Brian already agreed to a custody plan so Megan hopes the divorce will happen quickly and be uncomplicated,” an insider said.

On November 25, Megan and his ex-husband, Brian Austin Green, already filed for divorce.

It was not the first time the actress ever thought of leaving Green, though. Back in 2015, she filed for divorce but asked the court to dismiss it four years later after their third child arrived.

Megan and the 47-year-old actor share three children together — Noah, Bodhi, and Journey.

MGK gets better for Megan

Before the engagement rumors emerged, the 30-year-old performer credited Megan for supporting him and getting rid of his drug addiction.

MGK has been taking the Hollywood spotlight due to his infamous drug habits.

Fortunately, dating Megan helped him cope with his life issues.

Speaking with Dave Franco on Interview, he said that his “dark nights” feel better because of Megan.

“When you have a partner, mine being Megan [Fox], sitting there with you on those dark nights when you’re sweating and not being able to figure out why you’re so in your head, to help you get out of your head and put it in perspective, that really, really helps,” the rapper candidly said.

The two met on the set of Midnight in the Switchgrass. In June 2020, they confirmed that they are dating each other.

Megan and MGK made their red carpet debut at the 2020 American Music Awards three days after the actress filed for divorce from Green.

How many died from flu in 2020? How it compares to coronavirus deaths